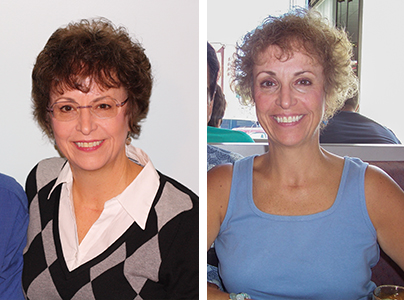 Janice's chronic, disabling neck pain is gone and for the first time in years she hasn't had a cold or bronchitis during the fall/winter

I had very serious, chronic neck pain with bilateral carpal tunnel syndrome. I had cervical stenosis, two bulging discs and arthritis. I was unable to lower my head to read, and computer work was almost impossible. The pain was bad when I sat, and worse when I lied down, so sleep was not happening.  I was unable to teach yoga, which I love. I tried everything to relieve my neck pain including acupuncture, chiropractic, orthopedic evaluations, physical therapy and many pain killers and anti-inflammatories. Climbing a flight of stairs started to make me short of breath.  My blood pressure was 142/94 and I often suffered from headaches. I became very depressed and felt older than my years.

I had to be out of work on disability for a month from my job as a school nurse, which I love.  I went from doctor to doctor, and had a series of two facet injections in my neck, which required sedation and more time off from work.  While recovering from my facet injections, I watched Dr. Oz and saw Dr. Fuhrman. He mentioned Eat To Live was an anti-inflammatory eating plan.  That got my attention.  I knew my pain was due to inflammation and began the Eat To Live diet.  Within two weeks my neck pain improved. Unbelievable! I had been on so many diets, only to regain my lost weight with interest. Now the first week I lost eight pounds.  By the end of the sixth week I lost twenty two pounds. Almost six months later I lost forty pounds.  The weight loss, however, was an unexpected side effect. I don't have chronic neck pain. I no longer wear wrist braces to sleep because my carpal tunnel is gone. My blood pressure is 98/60; I no longer have shortness of breath.

I have so many more unexpected health benefits.  I thought my seasonal allergies were a part of aging just like my grandmother suffered, and they are gone.  My dry skin which I had as long as I can recall is gone.  I have more energy than I ever have dreamed possible. My mood has improved, and this is the first fall/winter in years that I have not had a cold or bronchitis. I am able to teach yoga classes without neck pain. And I can get on the ground to play with my three year old grandchildren.  I have more energy than I did when I was much younger. My life is healthier than I can remember.

My husband joined me on my Nutritarian adventure. He was on medications for high blood pressure, cholesterol, type II diabetes, sleep apnea, and had chronic back pain  He too was beginning to experience shortness of breath and fatigue. He too began feeling health benefits within the first two weeks on the Nutritarian diet.  Under his doctor's care he was weaned off blood pressure and cholesterol medication. His doctor was astounded by his results.  She said she was preparing to start him on insulin to treat his worsening diabetes, and, instead, he was weaned off his oral diabetic medication.  She said he is the first patient she has had in her career of almost 1,000 patients that has ever improved his health and reversed his blood pressure, diabetes and cholesterol.  She asked for the name of the book so she could read the answer to his health improvement. He no longer has sleep apnea. He has lost a total of thirty five pounds and weighs what he did in high school.

We are both believers in Dr. Fuhrman's program and are so grateful for all the health benefits we have experienced because of him.  We love Dr. Fuhrman; he has given us a new lease on life!

As a result of weighing 300 pounds Bonnie lost her job; after reading Eat To Live she lost 150 oiunds and walks 4 to 7 miles a day... Read More

When Mary Lou's doctor warned her being overweight could lead to a stroke, she adapted the Nutritarian diet and lost 73 pounds... Read More

Ellen lost 25 pounds and is happy not to have to count calories... Read More 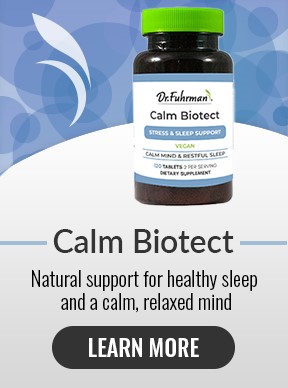