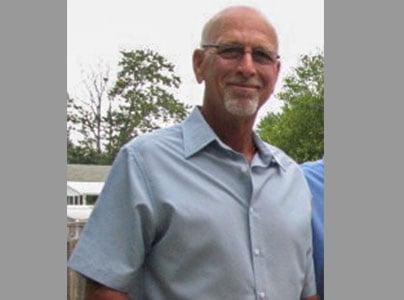 Once given a terminal cancer diagnosis, Dennis is now a nine year cancer survivor

I have passed the ninth anniversary of my terminal cancer diagnosis by using the Super Immunity way of eating. My weight now is 173 pounds down from 197 at the beginning of the new way of eating. Blood pressure is in the normal range and my overall health is excellent. I celebrated my 61st birthday and credit my good health to the G-BOMBS diet.

My journey or nightmare began in May 2004 with the phone call from hell from my surgeon who, about a week before this, had removed a small lump from my left armpit.  I had discovered it quite accidentally the previous month just three days prior to lower back surgery.  An ultrasound was performed on the lump; a biopsy was recommended and was done shortly thereafter.

The surgeon confirmed what I suspected and feared; it was a rare form of cancer.  The report came back as malignant melanoma in the lymph nodes. Within fifteen minutes, I received a call from my family doctor who had talked to the surgeon. He told me the cancer was a very serious type, and since it is in the lymph system it is a fast mover so I must get a good oncologist, which he could recommend, and start treatment as soon as possible.

The following weeks and months were filled with exams, CT scans, PET scans and consultations, analyzing the data that was being gathered. The PET scan showed cancer had spread to two more lymph nodes in the left armpit, a few spots in the upper chest, and a large mass in my hip (right trochanter). I was then sent to get a CT scan guided needle biopsy of the lesser trochanter, which resulted with indeterminate results. From there my oncologist recommended the tumor be removed and biopsied to get a definitive answer. So in August of 2004 I had the tumor removed. It was sent out for testing and was diagnosed as metastatic melanoma. It was also sent to another lab for a melanoma chemo resistance assay. In that report it was found that the tumor of the lesser trochanter was not melanoma but was a tenosynovial giant cell tumor which is also a benign tumor.

With all the tests completed and the results evaluated it was determined that an Interferon Alpha 2A protocol was prescribed over the course of the next six months. I asked my oncologist for all information regarding interferon. I also did my own internet searching on the same subject with alarming results. I found there were serious side effects with this protocol, some of which were severe flu like symptoms, vomiting, diarrhea, and my favorite, "severe depression and suicidal tendencies."   I questioned my oncologist about the cure rates with this protocol and was informed that there is no cure for this cancer, only an opportunity to slow its growth process. I was informed that with the protocol it would extend my life two years and without it I would have about one year.

With the prayers and guidance of friends I began an exhaustive study on the cancer treatments being discussed. After many discussions with my wife and two adult children we all agreed that I had nothing to lose and everything to gain by instead of following the protocol to making changes in my diet and lifestyle. I had to be totally committed, no trying, just doing. This was life and death, not a game. I first removed red meat from my diet, switched to a mostly raw food diet, all organic fruits and vegetable. I purchased a juice machine and began drinking three to four glasses of fresh vegetable juice a day. I installed a water filtration system on the kitchen sink and shower head to remove chlorine and fluoride. I also purchased a rebounder (small trampoline) and worked out on that due to the previous back surgery. I researched and found a dentist to remove dental amalgams (ten in all) which are silver fillings with mercury in them. I received intravenous vitamin C therapy 35,000 IU’s two times a week for six weeks and removed all processed sugar from my diet which is mandatory for defeating cancer. I also supplemented with probiotics, vitamins and homeopathic medications for detoxification and the conversion of my body from a highly acidic state to an alkaline state. I lost approximately thirty six pounds despite eating all I wanted, but eating the right food.

In January 2005 I went off social security disability and returned to my job. I have not been sick with a cold, flu or virus since then. My high blood pressure which was being treated with medication has now returned to normal without medication. Arthritic knees and back problems have been healed due to the anti-inflammatory diet and I feel better than I have in ten years.  I am in better condition now than I was before the diagnosis and I have stated repeatedly that cancer was one of the best things to have happened to me. It woke me up nutritionally, gave me a better appreciation of life and the people around me, enabled me to help others who have been diagnosed with cancer, and removed any fear of cancer being able to control my life. It has showed me how I should eat to live and not live to eat.

IThank you Dr. Fuhrman for your excellent work and the stand you take for nutrition as a tool for achieving good health. 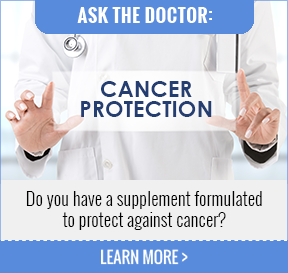