Nancy no longer is  a yo-yo dieter, reversed osteoporosis and other medical issues; walks/jogs 3 -5 miles a day and her life is better than ever

Although I was a normal weight growing up, when I began having children in my 20s, the weight began to add up with each child and after giving birth to five children, I was definitely overweight. By trying whatever diet was in vogue at the time -- Dr. Atkins, the Mediterranean Diet, Weight Watchers, the Grapefruit diet -- my weight would yoyo.  My highest non-pregnant weight ever was 168 on a 5'5" frame.  In 2018, my husband purchased, Eat to Live, at the recommendation of a male friend who had gone from being soft and flabby to really slim and fit. My approach was half -hearted at best, considering my history of starving and weight regain, not to mention frustration of having to limit myself to certain foods. At first, I decided to stick to the Nutritarian plan at home, but still eat out in restaurants at least twice a week, not making the best choices on the menu. I was surprised to see that in spite of my "cheats," I did lose about 10 pounds and kept it off.

At the time I started on the plan I suffered from arthritis in my knees and osteoporosis which runs in my family. I had been diagnosed with full-blown osteoporosis when I was only 45. I noticed almost immediately that my knees began to hurt less and I went back to walking and running again a couple of times a week.  About that time, I received a diagnosis of Barrett's esophagus. My doctor insisted that I begin taking a daily dose of Prilosec and was told to take it for the rest of my life unless I wanted to get cancer of the esophagus. I was also taking Prolia for osteoporosis, after unsuccessful treatment of Fosamax (caused severe heartburn) and Boniva, no improvement with either med. My sister had died of colon cancer, so I was at risk for that as well. Reading in Dr. Fuhrman’s book that all these issues could improve or, in many cases, be cured seemed almost too good to believe, but I was concerned enough for my health issues to start getting serious.

Good health became my main focus and weight loss became secondary. I understood for the first time in my life that the kind of foods I put in my body had everything to do with my health and that an anti-inflammatory diet made perfect sense. Truly convicted by now, my husband and I discussed with our family doctor our plans for making a lifetime change to a Nutritarian diet and getting off some of the meds. Surprisingly, he didn't know anything about the plan and didn't have any faith that changing our diet would make that much difference in our health.  Not getting support from him we hoped to find, we found a doctor who very much understood and wholeheartedly supported our efforts and switched to her.

She had cancer several years before and told us this way of eating had cured her of cancer that had metastasized. We were totally convinced we were now on the right track and with the right physician. She agreed that getting off Prilosec was wise, due to side effects from long-term use, but emphasized that I would seriously need to stick to the Nutritarian plan and get endoscopic procedures to keep an eye on it. Since then I have had two procedures -- the first one showing less inflammation of the esophagus and the second one the biopsy showed a clear "non-Barrett’s" diagnosis. My gastroenterologist had told me he had never seen it clear up without ablation, not to mention without Prilosec.  As for the Prolia, my new doctor referred me to an endocrinologist rather than just taking me off of it. The endocrinologist, after tests, suggested I stay on it at least for another few years, since I had no bad side effects from it and improvement.  However, after the first year of living the Nutritarian lifestyle, I had the largest increase in bone density I had had in the 5 years of taking Prolia. Another sign I was on the right track.

My life today is almost unrecognizable from the life I had lived prior to reading Dr. Fuhrman’s book and those of other doctors/authors he mentioned in his book.  Today, at age 74, I walk/jog 5 to 6 days a week, anywhere from 3 to 6 miles a day, and occasionally sign up for local 5K and 8K races. I hardly ever have any knee discomfort from arthritis anymore and my bone density has gone from a T-score of -3.2 to -2.3.  As for my colon cancer risk, every 3 to 5 years I get a colonoscopy and I no longer have any polyps at all, although I will continue to have a colonoscopy when recommended. I have absolutely no symptoms of GERD unless I have a meal I shouldn't have had - and that warning is enough to keep me "pure" for a long time after.

My husband and I can honestly say that we feel far better, both of us being over 70 now, than any other time in our adult lives. We both live very active lives with lots of interesting friends, he running about 50 miles a week. Thank you, Dr. Fuhrman, so much for pointing us toward the path which led us to healthy living and hopefully a longer, more fulfilling life.

Kathy hated the way she felt and looked before she lost 85 pounds and now feels great... Read More

Rosalie is amazed by how good she feels after losing 40 pounds ... Read More

Jessica is a registered dietitian and thought she was eating healthy,  but it wasn't until she changed her diet that she stopped suffering from gallbladder pain and frequent migraines... Read More

At the age of 81 Gene can attest to the benefits of the Eat toLive diet which he has followed from 2006; no longer has sleep apnea, is overweight or has high cholesterol ... Read More

Carlos lost 17 pounds in just 4 weeks and says best of all is how much better he feels not having heartburn or stomach problems... Read More 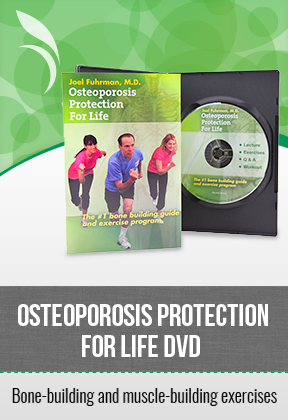