Tacey no longer has  “chronic” pericarditis, her eyesight is greatly improved and her husband Tom is off three of his previous heart medications

I first learned about Dr. Fuhrman on public television Channel KBTC Channel 12. I was especially interested about how eating a Nutritarian diet could improve your heart function. My husband was on four different drugs (Diltiazem, Lisinopril, Lipitor and Aspirin 325) to control his Afib, high BP, and cholesterol that was out of control. I bought the program and put it on the shelf planning to get to it “later” when we had time to concentrate on the material.

Then one day I woke up with crippling chest pain to the point of where I could not breathe. This had happened several times in the past but was never properly diagnosed.  I was told it was pulled muscles and would subside in a week or so. Pulled muscles would not be out of the question because we both are in great shape and have always worked out five or six times a week.

This time, however, the pain was so incredible that my husband took me to the ER where they performed a CT scan and diagnosed me with chronic pericarditis. The severity was such that they were going to withdraw the fluid from my pericardium with a needle. Thankfully, they decided to keep me in the hospital and try to control it with meds instead. It worked.  Two days later, I was sent home with two different meds to be taken three times a day. When I asked how long I had to take them, the cardiologist said, “for the rest of your life.”

Taking pills the rest of my life was not something I wanted to do. I told my husband, let’s watch those CDs we ordered. Dr. Fuhrman's show was pretty inspirational. Why don’t we see if it works? We began Dr. Fuhrman’s program in October 2015.

Just as Dr. Fuhrman predicted, we initially had some lightheadedness from “detoxing” but as time went on our energy level that began to build was phenomenal! We lost our cravings for sugar, salts, and fats and eventually eliminated nearly all meat. Each day we felt better and stronger. I could actually “feel” my body healing from the inside out.

A couple months after following a Nutritarian diet, I returned to my cardiologist for an echocardiogram. I was told that not only was the “chronic” pericarditis gone, but there was no sign of it ever being there.

In February (2017) my husband saw his cardiologist who proceeded to take him off three of his four medications! He was kept on the fourth med (for Afib), but it was cut from 40mg down to 20mg. He has another appointment this August, and we are hoping to cut it down more if not eliminate it all together.

Finally, I will close with one more miracle. I have worn prescription glasses for severe nearsightedness all my life. I also had reading glasses (150-175 strength) for close reading. One morning I woke up and looked across the room at a tiny digital alarm clock. I could read it. I ran to the window and proceeded to read the neighbor’s address across the street. I was so excited riding to work that I called people to read them street signs, addresses, license plates and anything else my superman eyes could see. I was particularly fond of “showing off” to my husband how I could read the labels on cans and boxes as well as the minuscule print on the back of vitamin jars. 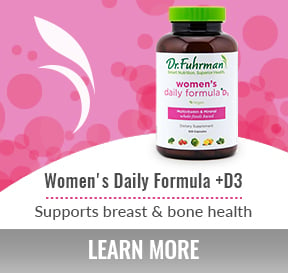