The End of Heart Disease The End of Diabetes Super Immunity 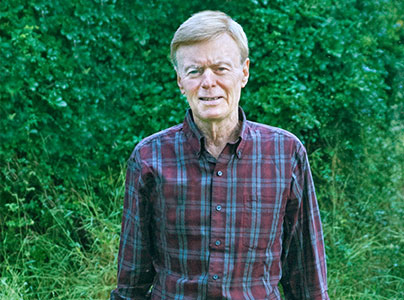 Following traditional diabetic protocol Tom was on medication and insulin for 15 years; following The End of Diabetics protocol he was non-diabetic in 3 months; "What a waste" he says

One afternoon in 2000 I felt terrible and checked into a hospital emergency room.  The doctors thought I had a heart attack and put me in intensive care.  My EKG readings were unremarkable.   I had a catheterization procedure to assess the blockage in my arteries.   It showed that I had 5 percent blockage in several areas. However, the doctors were still certain I had a heart event because one of my many blood tests indicated a lot of internal muscle tissue damage.  A nurse in the intensive care ward mentioned that I should make an appointment with my doctor as my blood sugars were running 250 - 450 on hospital cuisine.

Over the next 15 years I ended up being treated by six different doctors to specifically monitor my diabetes. My treatment for several years involved taking diabetes medicine which gave me pretty good blood sugar control.  I took insulin from approximately 2006 to 2015.

In the summer continuing into early fall of 2014 I had reoccurring orthopedic problems with my back and couldn’t play racquetball or even work out much; too much pain to the point that I couldn’t walk 100 yards without having to stop and bend over to loosen up my back to relieve the pain.  My weight was about 174 pounds. I am 5ft. 11.5 in.  It was time to do something different.

I decided to learn more about diabetes, I researched nutrition, exercise, clinical trials, and found Dr. Fuhrman’s book The End of Diabetes and read it three times in two weeks early in January 2015.  The book clearly laid out a fact based, proven protocol for reversing diabetes in most cases and outlined an optimum way to eat for maximum health.  I followed the book's protocol and became nondiabetic in three months.

By April 15th 2015 I no longer took any insulin or other diabetes medications and my current weight is 139 pounds.  I’m walking 3-5 miles a day and doing weight lifting three days a week.  My orthopedic back pain issues have considerably improved.

I recently had an annual physical with my general practitioner. She kept marveling at the improvement in my current blood tests compared to the prior two years.  She said that she didn’t have a single other patient that had turned their health around so quickly. I no longer take statins or hypertensive medications.

Those 15 plus years as a type 2 diabetic conservatively cost me and my insurance carriers the equivalent in today’s dollars of over $110,000 in directly related diabetes medical expenses.  No wonder medical costs keep increasing nationwide year after year.   And all I would have had to do is stop an unhealthy way of eating, and organize my life to get regular moderate exercise.

What a big sacrifice I would have been making by becoming a nondiabetic in 2000!   Just think about how much I would have been giving up. I wouldn’t have been able to drink thousands of soft drinks; I’d have missed thousands of fast food meals, and thousands of servings of pies, cakes, cookies, and ice cream.  Roughly it means that I would have avoided 18,000 lancet finger pricks to draw a drop of blood for glucose testing and 15,000 injections of insulin.  And for 15 years I wouldn’t have had to pay for diabetes related out-of-pocket co-pays on doctor visits, medications, diabetes supplies, transport to and from appointments, parking costs, tolls, etc. (probably $1,000 to $2,000 per year for 15 years).

Tony beat diabetes and wonders why so much wrong dietary advice is given diabetics... Read More