Gluten is a complex of proteins present in wheat and grains related to wheat. Those who have gluten sensitivity, otherwise known as non-celiac gluten sensitivity, experience symptoms (digestive or non-digestive) as they eat these foods but without the extreme intestinal damage that is typically found in celiac disease.

Keep in mind that when these people complaining of gluten sensitivity are tested, a large number of them are found to be nocebo responders. That means that when they are given a food that they think has gluten in it (when it doesn’t), they feel worse. And, when they are given real gluten they still feel poorly, as long as they know they are getting gluten. The internet is rife with unsubstantiated claims about gluten-free diets to make gluten the diet villain du jour. Claims like ‘17 million Americans are gluten sensitive,’ are not born by real studies. 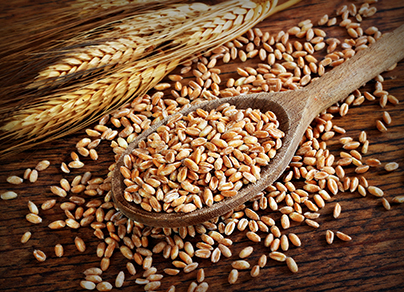 Most people do not have gluten-sensitivity, nor do they need to eliminate wheat from their diets, however, non-celiac gluten sensitivity is not a clearly understood condition, and due to the wide variety of symptoms associated with this condition, many are not officially diagnosed, and others have an exaggerated emotional response promoted by all the hype against gluten, therefore the prevalence is not exactly known. Symptoms of gluten-sensitivity may include:

These symptoms, which can range from mild to severe, can occur within as little as minutes to hours after eating foods with gluten in them, but eating gluten can also cause a delayed gradual reaction up to days later. The best way to determine if a symptom is related to gluten sensitivity or not is to strictly avoid foods with gluten in them for many weeks to months to see if symptoms go away.

Many persons with an autoimmune disease diagnosis, ADHD or with irritable bowel syndrome (IBS) seem to have fewer symptoms related to their disease while following a gluten-free diet, which we think may be due to a gluten sensitivity on some level or a reaction to something else in the grain, but this is not yet clear.

Besides a healthy, well-balanced Nutritarian eating style, eliminating gluten in the diet is the main strategy for treating gluten-sensitivity. Gluten is found in:

It is typically only those with celiac disease that will need to be so strict with a gluten-free diet that they will need to only eat foods that are not even contaminated with gluten. If using packaged foods, it may be helpful to find “certified gluten-free” products, as long as they are not processed.

Starchy foods that can be used to replace any gluten-containing grains include:

I recently had a wheat pita - it’s the first time I’ve had wheat in about two months. It seemed to trigger a migraine, so the next day I tried it again and got another migraine.

If wheat is what’s triggering the migraines, does that mean I’m allergic to wheat, and why am I not having migraines when I eat breads that aren’t whole wheat? Should I be tested for Celiac disease?

Is there a specific type of bread that I should be looking for now? Does it make a difference if it’s gluten-free?

Yes, wheat can trigger migraines as well as many other symptoms, but so can other added ingredients in the baked product you consumed. You may be gluten sensitive, but it might be a good idea to cook up some wheat berries in water or eat them plain to see if you still react to wheat. You can also purchase sprouted Manna bread from the frozen section of your health food store to see how you do. If gluten is indeed the culprit, the best way to deal with this is to avoid all gluten products for four to six weeks and see how you feel. Then, you can introduce a small amount of gluten into your diet, and keep a log of any symptoms, seeing if you tolerate a lesser amount.

I had never heard of gluten until a few years ago. There has recently been an explosion of "gluten free" products. I have read that gluten could be harmful to us and can be found in processed grains.

What is your take on the above, and where can I find a trustworthy source of information on gluten?

Gluten is not harmful to most people. The reaction to gluten exists on a spectrum. Gluten sensitivity affects many more people than celiac disease but still only a small percent of people (under 10 percent). Many of the negative aspects of eating wheat are due to the high glycemic load of white flour, not to the gluten content. All autoimmune diseases and allergies have been increasing over the past several decades due to exposure to unhealthy chemicals and unhealthy foods.

If you are experiencing symptoms that are not explained, it is worth removing gluten from your diet for a period of time. Generally, with gluten sensitivity, improvement in symptoms occurs quickly, usually within days. With celiac disease, resolution of symptoms takes longer.