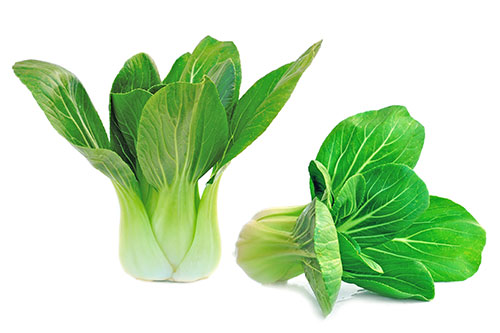 The cruciferous family is unique among vegetables because of their glucosinolate content. Glucosinolates give cruciferous vegetables their characteristic spicy or bitter tastes; when the plant cell walls are broken by blending, chopping, or chewing, an enzyme called myrosinase converts glucosinolates to isothiocyanates (ITCs) – compounds with potent anti-cancer effects, including:1

What about women who already have cancer? Is it too late for cruciferous vegetables to improve their prognosis?

We know that childhood and adolescence are the most crucial times for environmental stimuli to affect breast cancer risk, but changes made during adulthood and even after diagnosis still have the potential to create positive changes in the body.

This data supports a previous report from the Women’s Healthy Eating and Living (WHEL) study. Breast cancer survivors who reported higher than median cruciferous vegetable intake and were in the top third of total vegetable intake had a 52 percent reduced risk of recurrence – especially powerful since the average intakes were quite low – 3.1 and 0.5 servings/day of total and cruciferous vegetables, respectively.6

The myrosinase enzyme is physically separated from the glucosinolates in the intact vegetables, but when the plant cells are broken, the chemical reaction can occur and ITCs can be formed. The more you chop before cooking (or chew if you are eating the vegetables raw), the better. Some ITC benefit may be lost with boiling or steaming, so we get the maximum benefit from eating cruciferous vegetables raw.