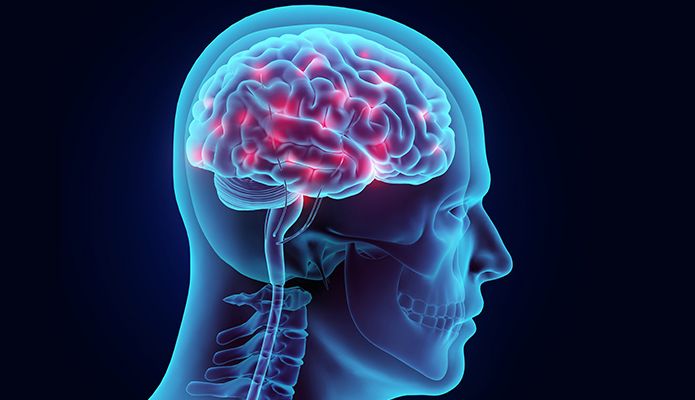 The long-chain omega-3 fatty acids DHA and EPA are associated with many aspects of brain health. I recommend supplementing with these beneficial fats, since most modern diets are low in DHA and EPA unless fish is consumed regularly, and research has confirmed that vegans tend to have a low omega-3 index.1 DHA is concentrated in the membranes of brain cells; there, DHA provides structure to the membrane and is involved in signaling, connectivity between cells, and neurotransmitter production, among other important actions. EPA and DHA have some common functions and some distinctive ones. DHA is most often associated with brain development, learning and cognition and EPA with mood and behavior, and anti-inflammatory effects.2-5

DHA is a building block of human brain and eye tissue, and sufficient levels of DHA throughout life are important for vision and learning.2,6  Maternal stores provide the developing baby with the DHA for brain and eye development, and after birth, the DHA is provided by breast milk. There is some evidence that having higher DHA levels, or taking DHA supplements during pregnancy and nursing benefits the child’s cognitive development and intelligence.7,8  Similarly, in randomized controlled trials, infants exposed to DHA-containing formula have similarly shown cognitive improvements at 9 months of age compared to those whose formula did not contain DHA.9

Although the time between birth and 2 years represents the phase of the brain’s largest growth, brain development is not complete after age 2; it continues through childhood and into the late twenties.2,10 The majority of omega-3 supplementation trials in children have reported improvements in measures of school performance (such as reading, spelling or learning ability) or behavior.2

One interesting study used functional MRI to view activity in the brains of young boys (8-10 years of age) who took either placebo or a DHA supplement for 8 weeks. The boys who took DHA showed increased functional brain activity during a cognitive task, and their level of activation correlated directly with their blood DHA levels.11 This study suggests that DHA helps the learning process in children. This research has significant implications, since early academic success helps to build confidence and set the stage for future college and career performance. Another study on teens (age 13-15) in the Netherlands found that higher blood omega-3 levels correlated with better scores on cognitive tests.12

Insufficient DHA levels have been implicated in a number of childhood cognitive and developmental disorders such as ADHD, dyslexia, and autism spectrum disorders.13,14  Supplementation with omega-3s, especially in combination with certain omega-6 fatty acids, has been found to improve behavior and ADHD symptoms.15-19 Not enough research has been done on autism spectrum disorders to determine whether omega-3 supplementation would also be helpful for these children.20

In adulthood, omega-3 adequacy helps to maintain optimal brain function, prevent depression and lay the groundwork for a healthy brain later in life. A 6-month study of DHA and EPA supplementation in young adults (18-45 years of age) documented improvements in measures of memory.21 Additionally, 12 weeks of DHA supplementation was found to improve blood flow to the brains of healthy young adults during a cognitive task.22

For women, it is important to note that depletion of DHA stores during pregnancy is thought to be responsible for many cases of postpartum depression.23 Pregnancy and nursing is an important time to maintain adequate DHA not only for the baby, but for the mother too.

Beginning supplementation once memory problems have become apparent may have limited utility compared to maintaining adequate levels throughout life. For preventing cognitive decline in older adults, the supplementation trials have shown that older people with mild cognitive impairment may benefit from omega-3 supplementation, whereas those with established Alzheimer’s disease likely do not.32 For example, one study in adults with mild age-related cognitive decline compared DHA and placebo, taken for six months, and administered learning and memory tests before and after. In this study, the DHA group improved their learning and memory scores.35,36  A similar study that tested the effects of DHA on subjects who had already been diagnosed with Alzheimer’s disease did not find any cognitive improvements.37  This research implies that maintaining sufficient omega-3 levels throughout life is an effective preventive measure.

It is known that DHA levels are low in the brains of Parkinson’s patients. Similarly in my clinical experience, I have seen a number of elderly, male vegans who developed Parkinson’s disease; these men were severely deficient in DHA. There have been no clinical trials yet, but animal studies have suggested that DHA and EPA could have a therapeutic effect.5,38,39 Alzheimer’s disease and Parkinson’s disease share the underlying causes of oxidative stress, inflammation and mitochondrial dysfunction. DHA and EPA may be helpful in part by producing anti-inflammatory mediators in the brain.5

No matter what your age, maintaining adequate omega-3 stores is crucial now, and for the later life health and functionality of your brain. A Nutritarian diet provides many nutrients that benefit brain health but is low in pre-formed DHA and EPA since frequent fish consumption is discouraged. Algae-based supplements are preferable to fish, to avoid excess animal protein and pollutants, such as dioxin and mercury, present in fish.

Conversion of ALA (from walnuts, flax seeds and chia seeds) varies between individuals, and is most often insufficient to provide optimal DHA levels. A study measuring blood DHA and EPA in a vegan population found that 64 percent were insufficient and some were very severely deficient. Those insufficiencies were not related to ALA intake (which was far above recommended intake), suggesting that genetic differences in conversion enzyme activity determines DHA and EPA levels more than ALA intake.  Also in this study, a moderate dose of algae-derived DHA and EPA (254 mg/day) was able to normalize the levels when rechecked four months later.1 This research confirms that high ALA intake in many cases is not enough to assure DHA and EPA adequacy, and suggests that omega-3 supplementation is a useful adjunct to a healthful diet. It just make good sense to either test your blood for omega-3 fatty acid levels to assure that you are sufficient, or take a supplement, or both.