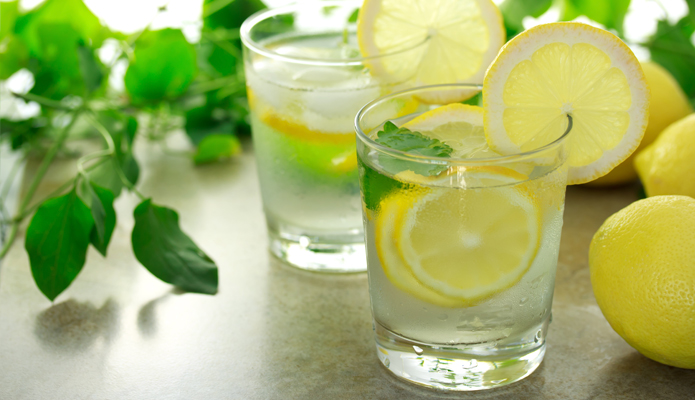 Fasting under medical supervision can have amazing healing results. The concept of therapeutic fasting is not new; the early great philosophers, thinkers, and healers used fasting for health. Hippocrates, Plato, Socrates, Aristotle and Galen all praised the benefits of fasting. Paracelsus, one of the three fathers of Western medicine, is quoted as saying, "Fasting is the greatest remedy--the physician within."

Unfortunately, as time went on fasting as a modality to heal became obsolete as pill popping became the modality of treatment. However, a small number of medical professionals kept up with its use and today we are learning of its vast benefits and in particular, how it works on a cellular level. Fasting works because the body has the capacity to heal itself and when the process of digestion stops, healing is accelerated. Eating a Nutritarian diet allows the body to heal at a faster pace. I have been using fasting as a healing strategy throughout my career as a physician for patients who need to quicken the healing process.

Fasting promotes accelerated healing and a valuable treatment for a variety of medical conditions.

In my 1995 book, Fasting and Eating For Health, I described my observations of health improvements due to fasting. In fact, my colleagues and I published a series of case reports that showed remission of autoimmune diseases following supervised fasting. 1  Reviews of studies on fasting supported those findings, concluding that fasting (followed by a vegetarian or vegan diet) produces improvements in symptoms for patients with autoimmune diseases.2,3

Although fasting is a powerful healing modality that has been used for many years, only recent research studies are uncovering specifically how fasting works on a cellular level. These new studies are generating more interest in fasting. To understand how fasting works, you first need to know that our bodies stores sugar in the form of glycogen and when we stop eating, the stored glycogen is used by the body. Fasting, after glycogen stores are depleted, (which occurs during the first 24-48 hours of a fast), sets off complex biochemical pathways in the body that aim to conserve energy while adequately fueling vital organs. These complex biochemical pathways have tremendous healing benefits.

A recent study4 suggests that fasting promotes the regenerative capacity of the immune system that could benefit cancer patients undergoing chemotherapy,  as well as healthy individuals.. Previous research suggested that fasting could protect mice against toxicity from chemotherapy (without compromising the effectiveness of the chemotherapy).5, 6 Also, in a series of 10 case reports of patients who had voluntarily fasted alongside some of their chemotherapy treatments, all of the patients experienced fewer and less severe side effects during fasting cycles compared to non-fasting cycles of chemotherapy.7, 8

In an extensive series of experiments, a group of scientists found that fasting decreased DNA damage and cell death in white blood cells and bone marrow cells, and reduced chemotherapy-induced mortality in mice. Most importantly, after 4-5 cycles of fasting accompanying chemotherapy, the white blood cell count of the fasting group returned to normal, but the control group remained diminished by the chemotherapy.

The scientists also looked at fasting without chemotherapy, and found similar results: a six-fold increase in newly generated hematopoietic stem cells. Hematopoietic stem cells are those stem cells that are produced in the bone marrow and which give rise to all the other blood cells, including white blood cells that modulate immune function.  Fasting was able to provoke regeneration of the immune cells in healthy mice, and also changed the hematopoietic stem cell profile of aging mice to that of younger mice. The scientists were surprised at these dramatic results, which suggested that fasting signals the immune system to get rid of old of damaged cells and rebuild itself with new cells.4, 9

IGF-1 and Fasting: Another fascinating finding

The scientists found that reduced IGF-1 signaling was a key player in the regeneration of immune cells that occurred in response to fasting. Lower levels of IGF-1 are associated with reduced risk of cancer and slower aging.  Mice that were given extra IGF-1 during the fasts did not have the same increase in hematopoietic stem cells.

Would this work in humans too?

Within the same publication, the scientists have begun to answer this question.  A clinical trial assigned patients undergoing chemotherapy to either 24 or 72 hour fasts prior to each chemotherapy cycle. Preliminary results were similar to what was seen in mice; the 72 hour fasting group saw an improvement in immune cell count and a shift toward the ‘younger’ cellular profile.

This promising and exciting research suggests that occasional fasting could have profound immune-boosting benefits for healthy individuals and those undergoing chemotherapy. By simulating an energy shortage with a few days of fasting, we can jumpstart the immune system’s natural self-renewing capacity, exchanging old immune cells for new ones.

What this could mean for cancer patients

The toxicity and side effects associated with chemotherapy are a major limitation for treatment of cancer.  An important research goal is to identify an adjunct treatment that could ameliorate those side effects without compromising the effectiveness of the chemotherapy. Research suggests that fasting could achieve these goals and even make chemotherapy more effective.  In other words, fasting is thought to protect normal cells while making cancerous cells vulnerable.

Depriving normal, healthy cells of energy-yielding nutrients signals them to set aside growth and go into a mode of energy conservation, protection, maintenance, and repair. It increases the capacity of these cells for stress resistance. In vitro, this resistance to stress helps to prevent oxidative DNA damage from chemotherapy drugs.

After the early series of 10 case reports noted a low rate of side effects in patients that had fasted prior to chemotherapy,7 additional studies in human patients were undertaken. The studies were small, but the results are positive. In one study, patients who fasted for 48 or 72 hours showed reduced chemotherapy-related side effects (including fatigue and nausea) and DNA damage in white blood cells compared to those who completed a shorter fast of 24 hours.11

A randomized controlled trial in women with breast cancer also showed evidence of attenuated DNA damage due to chemotherapy in the fasting group compared to the non-fasting group over the course of multiple chemotherapy cycles.12

Future studies are needed to determine whether fasting strengthens patients’ response to chemotherapy, and also to determine the optimal fasting length for reducing side effects.  Potentially this research could lead to a widespread use of fasting as an adjunct treatment alongside chemotherapy.

My book, Fasting and Eating for Health, is still a must read for the health enthusiast, though 20 years ago we did not know about fasting’s potential to help rejuvenate the immune system and sensitize cancerous cells through a combination of reduced IGF-1, stem cell rejuvenation and stress resistance.