Get Rid of the Winter Blues and Depression the Natural Way 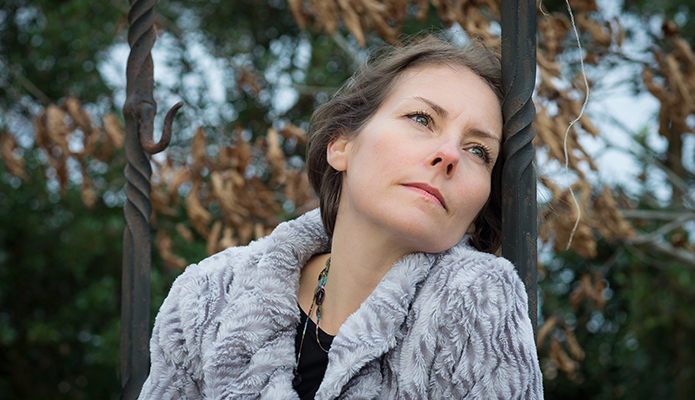 Fortunately, there are natural methods that help to alleviate the winter blues. Unfortunately, all too often, the connection between a healthy lifestyle and a healthy mood state is overlooked. It is well known that exercise and other natural methods are effective at alleviating depression symptoms. My natural protocol for depression has helped many sufferers of depression and seasonal affective disorder (SAD) improve their symptoms without the risks and side effects associated with antidepressant medications. Even for those who do not suffer a mood disorder, it is common to experience some decline in mood during the winter.

Exercise is known to be as effective as antidepressant drugs or cognitive behavioral therapy for improving the symptoms of depression. Exercise works by increasing the production of serotonin, a mood-elevating neurotransmitter, which is often low in those with depression. The combination of aerobic exercise plus strength training is better than aerobic exercise alone, and yoga has also been shown to improve symptoms.1-4

In the winter, we tend to spend most the day’s sunlit hours indoors, at work or just staying warm at home. Exposure of the retina to morning light helps the brain to properly regulate its production of melatonin and therefore our sleep-wake cycle; inadequate light exposure during the winter can disrupt this cycle.

During the winter, if getting natural sunlight isn’t possible, a therapeutic light is an effective substitute; it corrects the body’s clock, restores normal melatonin production, and stimulates production of serotonin.5

SAD has been successfully treated with light therapy for nearly thirty years, and light therapy is also highly effective for depression, comparable to the effects of anti-depressant drugs, so it is effective even for non-seasonal depression.6 Light therapy is an excellent tool for anyone who experiences sadness, fatigue or disrupted sleep patterns, and especially if associated with winter.

Omega-3 fatty acids play an important role in brain health; DHA is primarily associated with cognitive function, and EPA with mood.7 A recent meta-analysis of 28 trials determined that EPA supplementation is effective for improving depression symptoms.7-8EPA and DHA are considered long-chain omega-3 fatty acids, in contrast to the shorter ALA found in plant foods, such as flax, hemp and chia seeds, walnuts and leafy greens.

The primary source of EPA is fish, although a small amount of ALA from plant foods can be converted to DHA and EPA in the body. Since conversion efficiency is low for many people, in addition to eating ALA-rich foods daily, I recommend a DHA + EPA supplement for everyone, and a higher dose of EPA for those with depression.9-11

In a second study by the same research team, people were assigned to different diets for two weeks. Those in the vegetarian group increased their mood scores after the two weeks, but individuals on the omnivorous diet did not.13 These results suggest that plant foods contain substances that positively affect mood. One possibility is the high antioxidant content of plant foods; the brain is highly susceptible to oxidative stress, and markers of oxidative stress are indeed associated with a higher incidence of depression.14

In addition to antioxidants, vitamins and minerals may factor into the positive effects of fruits and vegetables on mood. Several B vitamins contribute to the production of mood-enhancing neurotransmitters, folate, for example.16-17 Folate deficiency is known to increase the risk of depression; about one-third of people with depression are folate-deficient.17-20 Also, a low-sodium, high-potassium diet has been shown to have a positive effect on mood.21 Green vegetables and legumes are rich in folate and all whole plant foods are naturally rich in potassium and low in sodium.

Reduced exposure to sunlight during the winter means less natural vitamin D production by the skin. Scientists don’t know exactly how vitamin D works in the brain, but it is thought to affect the production of neurotransmitters, including serotonin.22 Low blood vitamin D levels are associated with SAD and depression, and there is evidence that supplementing with vitamin D helps to maintain a healthy mood state.23-24For example, a 4000 IU/day dose of vitamin D for six months starting in the summer improved wellbeing scores in February compared to a lower (600 IU) dose.25

Vitamin D is active in essentially every cell and tissue in the human body and contributes to many facets of health. It is crucial for everyone to maintain adequate blood vitamin D levels (a 25(OH)D of 35-50 ng/ml) with supplements.

The natural, brain-healthy properties of a high-nutrient diet, regular exercise, adequate vitamin D and omega-3 stores, and light exposure combine to promote a positive mood, even in the cold, gray days of winter.