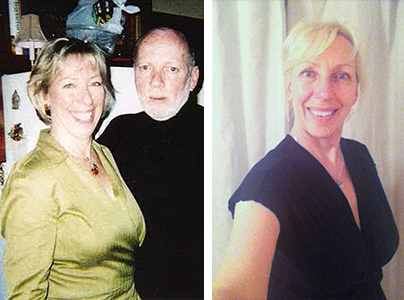 Karen suffered severe side effects from her Rheumatoid Arthritis medications; now she is free of RA symptoms and meds

In 2005 I started the new year having just completed a ten mile race-walk. It was a good race for me to participate in because it allowed me to start slow and build up to race speed around four to five miles.  I found I had to develop this strategy as my joints were very stiff for a few hours in the morning.  Then, the pain began to worsen.  My feet, ankles, hips, wrists and elbows hurt.  I was constantly fatigued.  Some days the pain was so significant I found myself in tears at work.  My primary physician referred me to a rheumatologist who diagnosed me with rheumatoid arthritis (RA).  That began the onslaught of medications.

Over the next seven years, I was on and off medications. Initially, I was very hesitant about taking the meds, and started with the least toxic ones. But, over time, I had non resolving pain, fatigue and an inability to exercise. I agreed to the more potent drugs; Prednisone, Plaquenil, Azulfidine, and Methotrexate.

By 2010, I had minimal pain, but ever increasing side effects from the medications.  My white cell count dropped, and I began having frequent infections.  My liver enzymes were significantly elevated. I had gastric and esophageal burning with regular nausea.  I began telling my doctor I would rather have the pain than the side effects.  I was told this illness would only get worse, and I would need to be on the meds for the rest of my life, that there were no other alternatives.

In January 2011, I was so sick and hated the way I felt. I began doing research on alternative ways of managing RA. I came across a site that mentioned Dr. Fuhrman and his nutritional approach. I found his web site and read everything I could. I bought all his books and devoured the information and felt hopeful for the first time in years.

I began the six week program as outlined in Eat To Live, and stopped my meds at the same time (I had previously weaned myself off the Prednisone). I followed the plan to the letter. I ate vegetables, fruits, beans, nuts and seeds.  I loved the food; it wasn't hard at all to change.

My husband, who supported this approach and does the cooking, agreed to prepare Nutritarian meals. I began to feel good, still no pain.  My weight began to drop. I had ballooned up to 170 pounds, and within six months, lost 32 pounds.  I had a brief period of esophageal burning, which scared me, but now I believe it was a healing episode.

I am able to exercise again and recently resumed race walking. For a 58 year old woman, I feel like I am 38.  In addition to no longer having RA symptoms, my rosacea cleared up, my gums no longer bleed (my dentist is amazed at the change in my gum health), and I no longer suffer from constipation. I love the way I feel.

My coworkers comment on my positive changes and ask what I'm doing.  As a result, many are now following the Nutritarian eating plan. My husband lost weight and is eating this way 90 percent of the time.  I feel like this is a miracle, but it isn't; it's an evidence-based solution to our health problems and a delicious way to eat.

Marty's Rheumatoid Arthritis is so much better, but she is saddened by the fact that so many RA patients don't know about Eat To Live... Read More

Carrie lost 40 pounds, no longer has migraines and her Rheumatoid Arthritis is almost in remission... Read More