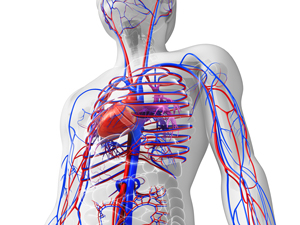 This is a summary of a study that was published in the American Journal of Lifestyle Medicine. The actual study can be viewed here.

Cardiovascular disease is the leading cause of death in the United States, accounting for approximately one-third of deaths.2 Heart disease takes a huge toll on the health of our society and our economy. The evidence suggests that cardiovascular disease is driven in a large part by lifestyle factors, such as low vegetable and fruit consumption, high glycemic load diets, obesity, and a sedentary lifestyle.3-11

Previous studies have documented arrest and reversal of severe coronary artery disease with a low-fat, plant-based diet.12-15 However, these dietary protocols were extremely low-fat, excluding a beneficial cardiovascular (and weight maintenance) food group—nuts and seeds.16-18 The nutrient-dense, plant-rich (NDPR) diet differs from the hierarchal stucture created to encourage the consumption of more green and colorful nutrient-rich produce and that fat in the form of nuts, seeds and avocado are included. It is important to identify dietary patterns that can be used therapeutically for coronary artery disease patients, and this study documents the weight loss and cardiovascular benefits of a nutrient-dense, plant-rich diet with survey data and case histories.

Approximately 2000 participants took part in an online survey and provided medical records detailing the changes they experienced in their weight, blood pressure, LDL cholesterol and triglycerides after adopting a NDPR diet. Eight representive case studies were featured, derived from practice records and interviews.

Weight loss diets are notoriously prone to failure, with interventional studies citing only a 6-13 pound sustained weight loss after two years.19 In contrast, respondents to this survey who started out obese experienced an average weight loss of over 50 pounds two years after changing to a NDPR diet.

In those who started out with hypertension, there was a 26 mm Hg average reduction in systolic blood pressure. In respondents who were not taking cholesterol-lowering medication, there was an average 42 mg/dl decrease in LDL cholesterol. Blood pressure and LDL are major cardiovascular risk factors, so reductions of this size offer meaningful protection.

Triglyceride levels also improved on the NDPR diet. In the respondents who were not taking statins, there was an average decrease in triglycerides of 79.5 mg/dl. Among the respondents who were able to stop taking their statins after adopting the NDPR diet, there was an average drop of 106.6 mg/dl. Among those who remained on medication, the average decrease in triglycerides was 77.1 mg/dl.

A 48 year old male with a BMI >40 had bypass surgery in 2005, followed by 3 stents in 2008, and continued to have severe angina with minimal exertion. He had been smoking daily and binge drinking occasionally. Within one year of adopting NDPR diet and quitting smoking, he lost over 140 pounds, and brought his blood pressure, total and LDL cholesterol, triglycerides and fasting blood glucose from abnormal down to normal ranges. He was also able to stop taking all medications.

A normal weight 60 year old male following a diet of vegetables, fruits, whole grains, olive and flax oil, salmon, and chicken began experiencing chest pain with physical exertion. An angiogram revealed atherosclerotic plaque. After one year on a NDPR diet, LDL, HDL and other cardiovascular parameters improved, and he was also able to discontinue the medications he had started taking after his angiogram. After two years on a NDPR diet, a complete reversal of his coronary plaque was observed, and he remains angina-free after eight years.

A 44 year old male, BMI 29, with a history of hyperlipidemia was diagnosed with hypertension; he was also experiencing shortness of breath and, with exertion, chest tightness. Within two months of beginning a NDPR diet, his BMI, blood pressure, and cholesterol dropped to normal ranges. The shortness of breath and chest tightness also resolved, and he remains symptom-free with normal blood pressure and cholesterol three years later.

A 70 year old female with a BMI of 34 had multiple medical conditions—hypertension, hyperthyroidism, low back pain, osteoarthritis and angina for over 10 years—and was taking multiple medications for these conditions. Within six months of starting a NDPR diet, she had lost 52 pounds (BMI 27), her angina and arthritis both resolved.

A 53 year old male with hypertension and BMI 26 was experiencing angina with exertion that worsened over time and began occurring even at rest (unstable angina). His blood pressure was 160/108. Within 12 weeks, he no longer had signs of angina with any amount of physical activity. After one year, his BMI was 22 and blood pressure was 112/75.

A 60 year old male with a BMI of 31 had a history of atrial fibrillation, hyperlipidemia, degenerative disc disease, and osteoarthritis. He sometimes experienced episodes of atrial fibrillation with dizziness and fatigue upon moderate exercise. He also experienced shortness of breath when climbing stairs, and back pain prevented him from walking for longer than 15 minutes. He had been taking over the counter antacids for chronic indigestion for 20 years. Nine months after starting a NDPR diet, his BMI was 25, his exercise tolerance improved, he no longer needed antacids and his atrial fibrillation episodes resolved.

A 72 year old male with chest pain, found to have multivessel coronary artery disease and 95% stenosis of the left anterior descending artery. He refused angioplasty recommended by cardiolgist and started an NDPR diet. Two months later, his angina resolved, his cholesterol levels and blood pressure significantly improved. A stress test six years later suggested improved exercise tolerance and heart rate, and regression of coronary artery disease. He remains free of angina, with normal cholesterol and blood pressure, and on no medications 20 years later.

A 63 year old female with BMI 37.5 had coronary artery disease and migraines. Because she experienced angina with even slight exertion, she had difficulty walking and used a wheelchair. She had had three heart attacks and 5 angioplasties, and was on several medications. Seven months after beginning a NDPR diet, she was free of angina and had lost 90 pounds. She has remained angina-free for 10 years and no longer requires medications for blood pressure, migraines or anxiety.

Over 25 years of experience as a primary care physician teaching and motivating the public utilizing these methods has demonstrated the consistent effectiveness of this approach for weight reduction to dramatically lower blood pressure, treat/reverse type 2 diabetes, and even help resolve food addictions. The relatively large number of participants makes these results important for demonstrating the beneficial response following an NDPR diet to ameliorate cardiovascular disease. The dramatic beneficial results achieved by individuals utilizing this dietary approach further supported their long-term, sustained adherence.