Just Do It: Both Short and Long Workouts Reap Big Results 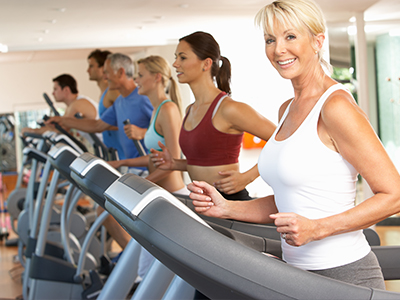 Exercise is crucial for health and longevity. A huge study published in JAMA Internal Medicine in May 2016, on 1.44 million Americans and Europeans, has linked a high level of physical activity to a reduction in the risk of 13 different cancers, including breast, colon, lung, and liver.1 A low level of fitness is known to be a risk factor for cardiovascular and all-cause mortality.2

So there is no question that exercise is a key factor in the health and fitness of your body. Yet, for many people the question is how much time and ability is necessary for exercise to be beneficial? The good news is even short sessions of exercise bring big results. The bad news is Americans are not getting enough exercise. How much exercise is enough to be valuable?

The current Physical Activity Guidelines for Americans call for adults to do a minimum of 150 minutes of moderate intensity aerobic activity per week or 75 minutes of vigorous aerobic activity, and they recommend doubling that amount of activity for additional substantial benefits to health. In addition, the guidelines call for moderate to high intensity strength training at least two days per week.

The percentage of Americans who meet these guidelines has improved from 15.1 percent in 2000 to 21.5 percent in 2014, but that still leaves the vast majority getting inadequate activity.3

Even a small, regular dose of exercise makes a difference. In a pooled analysis of six studies, people who got regular exercise, but a smaller amount than the federal recommendations, still had a 20 percent decrease in mortality risk compared to those who were sedentary. Those who met the recommendations had a 31 percent decrease in risk; the risk reduction reached a plateau at 39 percent for 3-5 times the recommended minimum of activity.4

Studies on runners have found similar results. Large reductions in all-cause mortality risk are commonly found in groups that run moderate amounts compared to those that are sedentary: running or jogging about 2-3 times per week, a total of 1-3 hours per week, at 6 miles per hour or slower.5, 6

These results suggest that there are significant longevity benefits to be gained with even a small amount of moderate exercise. That being said, exercising more vigorously (for example, running rather than walking briskly) provides a greater benefit. Comparing exercise of different intensities but the same total calorie expenditure, more intense exercise has more potent effects on cardiorespiratory fitness.7, 8 Also, vigorous exercise is associated with greater reductions in cardiovascular risk compared to moderate exercise.9

Exercise is powerful preventive medicine, but many people think they can’t fit adequate exercise into their busy schedules. Could we use the high intensity exercise strategy to reduce the amount of time we need to spend on exercise for good health (exercise very vigorously for just a few minutes)? This is what proponents of high-intensity interval training (HIIT) claim.

A notable study on HIIT published in PLoS One in April 2016 sparked headlines claiming that one minute of very intense exercise could produce the same health and fitness benefits as 45 minutes of moderate exercise. The study compared traditional endurance exercise to HIIT by assigning previously inactive men to three different groups for 12 weeks:

Before and after, the researchers took muscle biopsies and blood to measure indicators cardiorespiratory fitness and insulin sensitivity; they also measured body composition. Both groups saw improvements in their body fat percentage, cardiorespiratory fitness, insulin sensitivity, and skeletal muscle markers of fitness and glucose metabolism. The striking finding was that the improvements were similar in the two exercise groups.12, 13

This study is notable because of the small time commitment they studied – 10 minutes, 3 days per week. At the end of the 12-week study, the total time spent on stationary bikes was 27 hours in the moderate intensity group and 6 hours in the HIIT group, but the benefits were similar.

One of the most common reasons people choose not to exercise is because they think they don’t have enough time. This research suggests you don’t need much time at all.

My exercise DVD Osteoporosis Protection for Life leads people in a brief set of exercises that both stabilize balance and proprioception and protect the vulnerable areas of the body from bone loss. Combined with brief bursts of cardiovascular activity, Osteoporosis Protection for Life can target your limited exercise time to be most valuable and protective.