Animal Protein is Linked to Increased Risk of Cancer 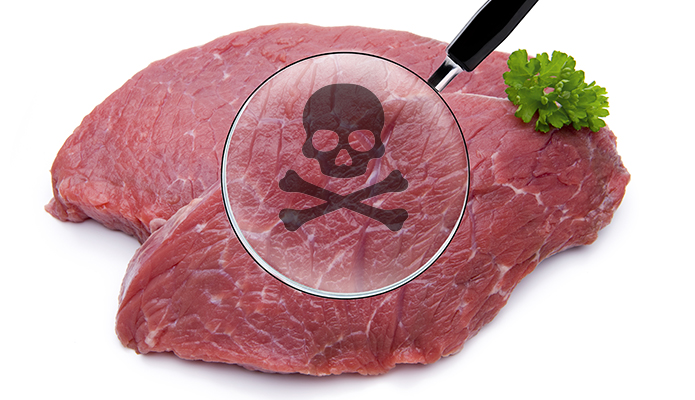 Most people are aware of the connections between red and processed meats and cancer—that there is convincing evidence that these dangerous foods are a cause of colon cancer.1 In addition, cooking any meat at high temperatures (for example, grilled or fried chicken) forms carcinogenic compounds such as heterocyclic amines, which contribute to cancer risk.2,3 However, animal foods such as non-fat dairy products, egg whites, and fish are considered healthful by most people. It is not yet widely recognized that foods such as these, since they are so high in animal protein, may also contribute to increased cancer risk.

When we consume too much animal protein, the body increases its production of a hormone called IGF-1, (insulin-like growth factor 1). IGF-1 is one of the body’s important growth promoters during fetal and childhood growth, but later in life IGF-1 promotes the aging process. Reduced IGF-1 signaling in adulthood is associated with reduced oxidative stress, decreased inflammation, enhanced insulin sensitivity and longer lifespan.4 In contrast, IGF-1 has been shown to promote the growth, proliferation and spread of cancer cells, and elevated IGF-1 levels are linked to increased risk of several cancers. Several observational studies have suggested that high circulating IGF-1 may translate into promotion of tumor growth in colon, prostate and breast tissue.5-13

Since the primary dietary factor that determines IGF-1 levels is animal protein, the excessive meat, fowl, seafood, and dairy intake common in our society elevates circulating IGF-1. It is the amino acid distribution of animal protein that sparks IGF-1 production.16 For this reason, isolated soy protein, found in protein powders and meat substitutes, may also be problematic because the protein is unnaturally concentrated and its amino acid profile is very similar to that of animal protein.

Refined carbohydrates, like white flour, white rice, and sugars can also raise IGF-1 levels, because they cause rapid increases in insulin levels, leading to increases in IGF-1 signaling. In fact, IGF-1 signaling is thought to be a major factor in the connection between diabetes and cancer.14,15

How can we keep IGF-1 in a safe range?

Reducing IGF-1 levels by dietary methods is now considered by many scientists to be an effective cancer prevention measure. Minimizing or avoiding animal protein, isolated soy protein and refined carbohydrates can help to keep our IGF-1 levels in a safe range. Green vegetables, beans and other legumes, and seeds are rich in plant protein and they have cancer-preventive, not cancer-promoting properties. For optimal cancer protection, vegetables, beans, fruits, nuts and seeds should comprise the vast majority of our calories.