Do lean and obese people have different gut bacteria?

You may have heard of a study described something somewhat like this: Gut bacteria from obese mice were transferred to lean mice, and the lean mice started to gain weight.  Several studies have found variability in the microbiomes between lean and obese people. It may sound like a change to the bacterial species populating the gut could be a magic pill that sparks weight loss, but it’s not so magical; for each of us, the profile of the gut microbiome is primarily a result of what we eat.

Research on the microbiome is abundant but relatively new, and there is not yet a definition of a “healthy” gut microbiome.  There is much variability between individuals and geographical areas, and even, there is a great deal of variation between healthy Westerners, as was found from the Human Microbiome Project.1,2

So should obese people take a probiotic with lots of Bacteroidetes and no Firmicutes? Not so fast – it’s not that simple.

Following these mouse studies, several studies reported that obese humans also had a higher Firmicutes to Bacteroidetes ratio compared to lean humans.  However, other studies – including much larger studies utilizing data from the Human Microbiome Project – found no such difference in ratio between lean and obese humans.6,7

These studies uncovered another interesting difference though: obese humans have a less rich, less diverse microbiome; leaner people have more microbes and a greater variety of them.7-9  This difference was not only observed for obesity; low microbial content and diversity has also been associated with insulin resistance and inflammatory markers.10,11  Also the microbiota of a hunter-gatherer population who have not been exposed to processed foods or antibiotics was also found to be much more diverse than the microbiota of Americans.12

A microbiome of greater microbial content and diversity is likely a healthier microbiome.13

To build a rich, diverse microbiome, we need to feed ourselves – and our resident microbes – a health-promoting diet.  The microbial profile in the gut is malleable; each of us can alter our own microbiome.

Feeding the microbiome a high-fiber diet

The nutrients that are provided to the gut microbiome from our food determine which bacterial species thrive and which don’t.  The relatively low microbial diversity in Western populations compared to traditional hunter-gatherer and rural agrarian populations is thought to be driven by a diet low in plant fibers.  The amount and variety of plant polysaccharides (e.g. fiber and resistant starch) is the primary determinant of the composition and function of the microbiome.13

One benefit of fiber-rich foods for the microbiome is that they help to preserve the protective mucin layer over the cells of the colon.  Without adequate plant fibers, bacteria that eat the type of polysaccharides that make up the mucin layer thrive. As a result the colon wall is more vulnerable to harmful bacteria and the barrier between the gastrointestinal tract and the rest of the body is compromised.14

Also, the gut microbiome affects more than just gut health.  The microbiome produces vitamins, protects us against pathogenic microorganisms, benefits our immune system, and facilitates energy extraction from food.  These organisms also metabolize plant polysaccharides (such as fiber and resistant starch) into short-chain fatty acids: butyrate is an energy source for intestinal epithelial cells and may protect against carcinogenic changes in these cells; propionate acts as a signaling molecule in the colon wall; and acetate modulates gene expression in the gastrointestinal tract and also in other tissues.13,15

Some of the health effects of the microbiome may be due to the products of microbial fermentation, which are then absorbed into bloodstream and travel to different parts of the body.

The gut microbiota metabolizes plant fiber into short-chain fatty acids such as butyrate and propionate.  Butyrate is an energy source for intestinal epithelial cells, and also helps to protect against carcinogenic changes.15  Propionate is used for glucose production in the intestinal epithelium, and based on studies in mice it is thought that the activation of intestinal glucose production genes by propionate signals to the brain, helping to improve insulin sensitivity throughout the body and reduce appetite.16  This may underlie the connection between a healthy microbiome and healthier body weight.  Fiber-rich plant foods provide the fuel for bacteria that produce short-chain fatty acids.

TMAO is an example of how a poor diet leads to an unhealthy microbiome, which produces unhealthy fermentation products.13  TMAO is produced from carnitine, an amino acid that is abundant in animal products, especially red meat; there is little or no carnitine in plant foods. TMAO (trimethylamine-N-oxide) is a pro-inflammatory molecule linked to cardiovascular risk.  The gut bacteria of people who eat more animal foods drive greater production of TMAO compared to those that eat little or no animal foods.  TMAO has been found to contribute to atherosclerotic plaque development by slowing the removal of cholesterol from the arterial wall in mice. In humans a combination of high carnitine and high TMAO was associated with increased likelihood of cardiovascular disease or cardiovascular events (heart attack and stroke).  This research suggests that regularly eating carnitine-containing foods (such as red meat) facilitates the growth of gut bacteria that more readily convert carnitine into TMAO, which is heart disease-promoting.17-19

When you make a switch to a more healthful, fiber-rich diet (or the other way around), your microbiome responds quickly (within a few days),20 and maintaining that diet day to day keeps the favorable species going.  Long-term favorable dietary patterns are linked to favorable microbial patterns.21

In summary, the message people received from the early mouse studies was that there is a magical microbiota profile that can keep us from gaining weight, but it appears the evidence points toward what it always has – a healthy, high-fiber, plant-rich diet. 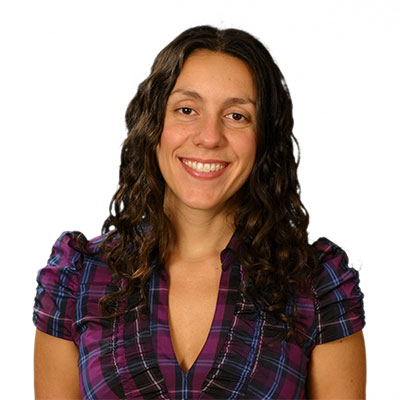