Parkinson’s Disease (PD) is a progressive neurologic disorder that involves the destruction of neurons that typically leads to tremors, stiffness, and poor coordination related to degeneration of the basal ganglia in the brain and a decrease in the neurotransmitter dopamine. 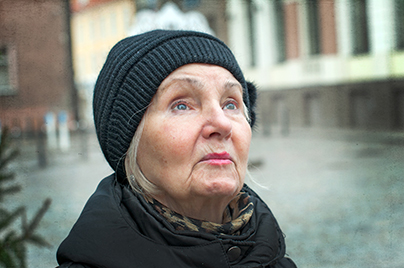 Estimates on the prevalence of Parkinson’s Disease (PD) in the U.S. are approximately 0.3%.1 It primarily affects older adults, and in about 25% of the cases, it may involve dementia. Other symptoms may be part of PD, including:

The exact cause of PD is unknown. Genetics may play a small role, but environmental factors seem to play a stronger role. Many factors have been associated with an increased risk, such as heavy metal and chemical exposures, especially pesticides.2 Also, studies have shown a correlation with PD risk and being sedentary, overweight, having high cholesterol, eating fewer vegetables and fruits and too many animal products, and eating excessive amounts of iron (such as from red meat). One theory for why eating more animal products leads to a higher risk is that there is more exposure to chemicals or heavy metals, as these are more concentrated in animal products, but the risk of more oxidative stress to the brain from low intake of protective nutrients found primarily in vegetables and fruits may also contribute to this risk.

Are the causes of Parkinson’s disease genetic, environmental, or diet related? If they are genetic, then is it just a roll of the dice as to who gets them?

Most diseases involve both genetic and environmental causes. Some interaction between genetics and the environment are present in Parkinson’s. Parkinson’s has some link with chemical or pesticide exposure, and it is possible that a genetic sensitivity to that exposure and multiple chemicals could promote the defect.

I read your article on the DHA/Parkinson’s connection. My 62-year-old brother is hardly the model for healthy eating, and he does have Parkinson’s, but he also does eat a lot of fish (which I have understood to be the best source of DHA). So, why then does he have Parkinson’s? Is DHA a successful form of treatment once people are diagnosed with Parkinson’s? Is eating lots of fish an acceptable way for some people to get the necessary DHA? Also, what causes these toxins that lead to Parkinson’s?

Parkinson’s is not caused by DHA deficiency, but DHA deficiency makes one more susceptible to the toxins that do cause it. So, just because your DHA stores are normal doesn’t mean you can’t get it. Nobody knows the precise causes of Parkinson’s, but there are some studies that implicate certain toxins and pesticides.

Your brother should eat right and take DHA. Keep in mind, however, that this will not cure it but may slow the worsening of his symptoms. Most fish do not have much DHA and EPA, though wild salmon and sardines are rich. I do not recommend people eat much fish because of the pollution and mercury issues. Eating some wild, low-mercury fish once or twice a week is an option, as is taking a little supplemental DHA. He still needs to adhere to a Nutritarian diet to prolong his life and reduce his chances of this getting worse.

Have Parkinson’s disease patients been treated at your facility? Can you say something about how they do on your plan? Thanks.

Over the years, many patients with Parkinson’s disease have been helped here. Research has shown that diet has a profound influence on our nervous system and neuronal function. Phytochemicals within a Nutritarian diet have been found to modulate inflammation and oxidation in the brain. Patients with Parkinson’s have excessive amounts of both, so, the hope is that by providing sufficient nutrients to diminish further neuronal injury and eliminating foods that are pro-inflammatory, people with neuro-degenerative illness will have decreased progression and maybe improved function.

We see people at various stages of Parkinson’s. The best time to institute the dietary changes is early on in the course of the illness. Nevertheless, even for people who have had Parkinson's for a while, this dietary style will be beneficial on many levels.

Also, certain supplements are being studied and may be useful such as CoQ10, riboflavin, curcumin, resveratrol, and EPA and DHA.

Parkinson’s disease (PD) is one of the most common neurodegenerative diseases, and it affects millions of people worldwide. Unfortunately, conventional treatment... Read More

The long-chain omega-3 fatty acids DHA and EPA are associated with many aspects of brain health. I recommend supplementing with these beneficial fats, since most moder... Read More