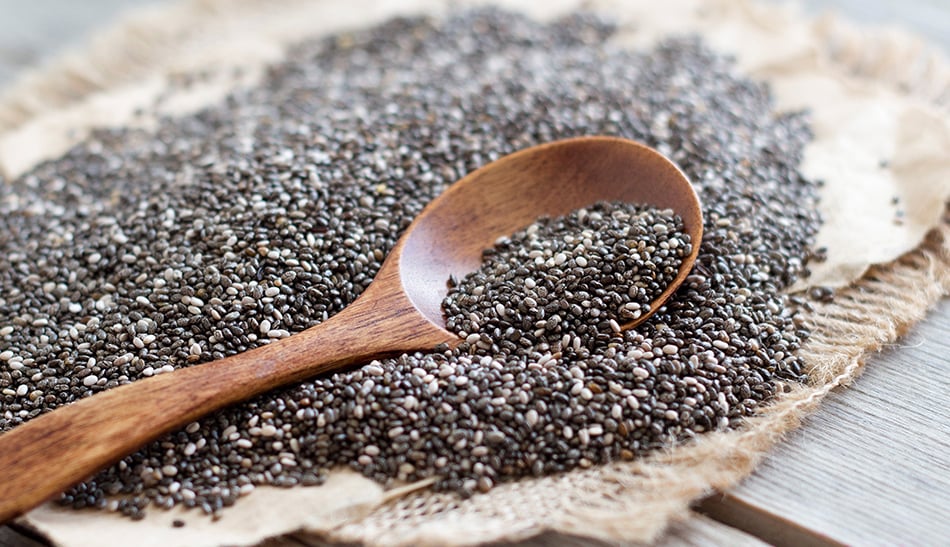 The old adage “An ounce of prevention is worth a pound of cure” best describes what our focus should be regarding breast cancer, which is the most common form of cancer that affects women, and is the second leading cause of death for women after heart disease. While a great deal of money and attention is focused on breast cancer awareness, it would make more sense to concentrate on preventing the disease from occurring in the first place.

There are nutritional strategies that are safe, easily implemented and have been proven effective in reducing the risk of breast cancer.

A Great Breast Cancer Fighter: Lignans in ­a High-Nutrient Diet

Among the most powerful anti-cancer foods are flax and chia seeds, which are a rich source of lignans. Lignans have anti-estrogenic effects that inhibit cell growth in breast tumors.

Let’s take an in-depth look at lignans and why they are so effective in combating breast cancer:

Plant lignans are one of the four classes of phytoestrogens (isoflavones, lignans, stilbenes, coumestans). Phytoestrogens are a group of chemicals found in plants that can act like the hormone estrogen.  In particular, lignans are structurally similar to the main mammalian estrogen, estradiol.1 Plant lignans are modified by bacteria in the human digestive tract into enteroligans.

Enterolignans are structurally similar to estrogen and can bind to estrogen receptors. This capability allows lignans to either have weak estrogenic activity or block the actions of estrogen in the body. For this reason, plant lignans are classified as phytoestrogens, and there has been much interest in the potential contribution of lignan-rich foods to reduced risk of hormone-related cancers.2,6

It is important to recognize the role of healthy bacteria in this process, because antibiotics can destroy beneficial bacteria in the gut, resulting in long-term reduction in enteroligans.2 Eating commercial meats expose us to antibiotics, as does the overuse and inappropriate prescribing of these drugs by physicians.

Flaxseeds are the richest source of plant lignans, having about three times the lignan content of chia seeds, and eight times the lignan content of sesame seeds. It is important to note that flaxseed oil does not contain lignans, because they bind to the fiber. The other plant foods on the list have about one-tenth or less the amount of lignans as sesame seeds per serving.2-3

Enterolignans inhibits aromatase7 and estradiol production in general, lowering serum estrogen levels.8 Plant lignans also increase concentration of sex hormone binding globulin, which blunts the effects of estrogens.9-11 These benefits were documented when 48 postmenopausal women consumed 7.5 g/day of ground flax seeds for 6 weeks, then 15 g for 6 weeks — and significant decreases in estradiol, estrone, and testosterone were noted, with a bigger decrease in overweight and obese women.12

Women ate either a control muffin with no flax seeds imbedded, or a 25g flax-containing muffin, starting at time of diagnosis of breast cancer for just 32-39 days until surgery. Tumor tissue analyzed at diagnosis and then at the time of surgery demonstrated surprising benefits even in this short time frame. There was a significant apoptosis (tumor cell death) and reduced cell proliferation in the flaxseed group in just the one month.14

Likewise, women eating more flaxseeds with a documented higher serum enterolactone were found to have a 42% reduced risk of death from postmenopausal breast cancer and a dramatic 40% reduction in all causes of death.15-16

Flaxseeds are clearly super foods; even with a mediocre diet they offer powerful protection against breast cancer. Another interesting study on flax followed women for up to 10 years and found a 51% reduced risk of all-cause mortality, and a 71% reduced risk of breast cancer mortality. In addition, intake of dried beans was associated with a 39% reduced risk of all-cause mortality.17Endometrial and ovarian cancer have not been as extensively studied, but the few studies that have been conducted suggest a protective effect.2,18

Bottom line: don’t forget to take your ground flax seeds (or chia seeds) every day. When used in conjunction with dietary exposure to greens, onions, mushrooms and beans, dramatic reductions in the risk of breast cancer are possible.