Konor Sacks: A Nutritarian Since Birth 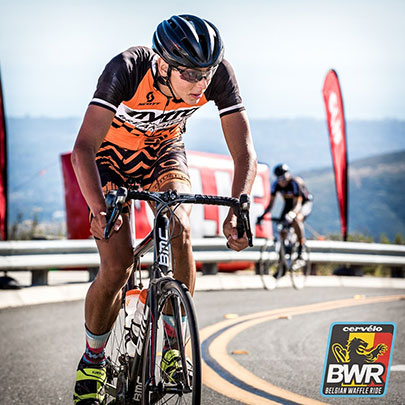 Olympic hopeful Konor Sacks competed in his first Triathlon race at the age of 10. In the Eight years since that first competition, the dedicated athlete and lifelong follower of the Nutritarian diet has risen to become America’s top Triathlete 19 and under. His most recent accomplishment was being chosen to represent the USA in the World Championships in Rotterdam in the Netherlands.

Now 18 years old, Konor has already competed in more than 70 triathlons with over 55 first place finishes. Konor just earned his ALL AMERICAN status at US Nationals where he placed 2nd in his age group (losing by 21 seconds) just a few short months ago. Raised by parents who had incorporated the protocols of my Nutritarian diet long before he was even born, Konor has followed a Nutritarian eating style since birth. He naturally prefers to eat this healthful, whole plant foods diet.

Konor is focused on competing in the Olympic Distance Triathlon—a challenging event that includes a 1500 meter swim, a 40 kilometer bike ride, and a 10 kilometer run. He told me about the “super salad” he eats for lunch each day, which is loaded with plenty of G-BOMBS: lettuce, kale, bok choy, tomato, oranges, lemon juice, seeds, nuts, and beans.

When I asked him about the benefits of his high-performance diet, Konor explained he rarely caught a cold or got sick—and  the few times it has occurred, he has always recovered within a  day or two. This is of vital importance to him, because suffering even a few illnesses during the year can weaken the body and disrupt training—and your progress in highly competitive sports can be derailed.

Every serious athlete knows that intense athletic training can be a huge stress on the body, and Konor intends to keep his body performing at its peak throughout a long life. So often, a serious competitive athlete burns out from “over-training,” as their body builds up free radicals.  A Nutritarian diet, which is rich in phytochemicals and plant proteins, is the only way to maximize physical performance and minimize free-radical induced stress.

Konor points out that a Nutritarian diet is not just longevity-promoting. It provides the essential nutrients, antioxidants, and phytochemicals that we need to achieve our optimal health. It gives us a firm foundation for living a better life, allowing us to perform better in everything we do. He credits this incredibly healthy eating style for fueling his body at the highest level, as he pursues his Olympic dream.

Konor can be followed at: