Autism spectrum disorder (ASD) is a neurodevelopmental condition that presents itself in early childhood and is characterized by restricted repetitive behaviors as well as difficulty with communicating and social interactions. ASD can range from mild to severe. 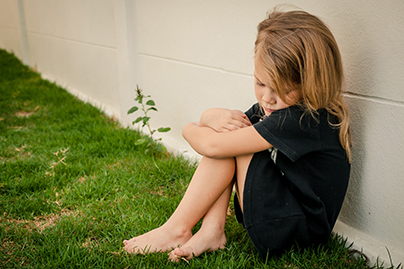 Autism spectrum disorder (ASD) affects an estimated 1% of the world’s population,1 and the incidence of the disease seems to have been increasing over the recent years. The reason for this is unclear, since there have also been recent improvements in diagnosing the disease. Here are a few signs that a young child may have ASD and should be evaluated:

The exact cause of autism is not completely understood. Many potential causes have been studied and may be related to the development of ASD, such as toxic exposures (including heavy metals, medications, pesticides, and other chemicals) to the mother or young child, genetics, infections in the mother, nutrient deficiencies of the mother or young child, and complications during childbirth. Vaccines containing mercury (Thimerosal) as a possible specific cause of ASD still remain controversial, however, vaccine manufacturers have since eliminated this preservative in vaccines for young children in the U.S. as a precaution.

The strategy for treating someone who already has the diagnosis of ASD is to maximize the healthy nutrients that are beneficial to the brain (through a Nutritarian eating style and supplementation) as well as to avoid potential risk factors, such as environmental toxins.

There are many families in our community with autistic children and young adults. Have you treated autistic patients, and if so, have they benefited from a Nutritarian diet? What can I tell them regarding the range of improvement they could expect – or at least seek – for their autistic children as a result of optimal nutrition? And by what mechanism would the improvement occur?

Yes, I have treated such patients, and I believe they have benefited from optimal nutrition.

The same things that maximize intelligence and health in all children will benefit autistic children. They have the same human needs and respond positively to positive influences and negatively to negative influences (except more so). This includes prolonged breast feeding, excellent nutrition with good fatty acid balance, physical closeness, and emotional consistency; these things will allow them to reach their potential. Our focus is not merely on superior nutrient intake but also nutrient comprehensiveness to assure no borderline deficiencies are present. Consider the addition of our folic acid-free multi to assure adequacy in zinc, iodine, K2, B12, Vitamin D and many food-based phytonutrients. Unfortunately, there is lots of alternative nonsense out there too that preys on this group.

My son is three years old and has autistic tendencies. He takes an omega 3 DHA/EPA algae supplement twice a day. He has flaxseeds and walnuts every day. We limit processed foods and have increased nuts, seeds, beans, greens, onions, etc., however, I know that he sometimes gets processed industrial foods like meat and pasta perhaps once a week. Would this set back his recovery in a dramatic way? We try to induce contact with him by playing and so on. Sometimes it works, often not. What can we do to further help our son?

You’ve instituted lots of helpful strategies already. In general, in addition to what you have noted, these are helpful: eliminate food additives, dairy, gluten, and all processed foods. Seek out the cleanest (organic, wild) meat available. Continue to feed a variety of nuts, seeds, nut butters, or avocado. Continue EPA/DHA supplementation. Make sure he is getting vitamin D from sun exposure and/or supplementation. A folic acid-free multi-supplement, like available here, would also be appropriate.

My son is autistic and I heard from other parents with autistic children that their doctor recommended the use of NAC for the children.

It could be helpful for children not eating green vegetables. The body needs NAC for the liver to detoxify adequately.