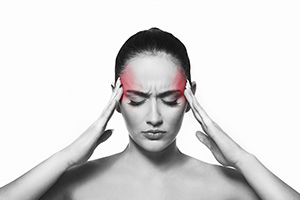 What are the physical sensations you associate with hunger?

For most people these sensations include stomach grumbling, headaches, light-headedness, shakiness, irritability, fatigue, and inability to focus. Since eating removes the symptoms, they are mistakenly believed to be signs of hunger. The resulting overeating behavior, to reduce these physical sensations, undermines any attempt to lose weight. Understanding true hunger could be a key factor in reversing this trend.

Are these sensations truly signs of hunger?

Conventional wisdom, and even medical textbooks, would suggest that they are. I disagree.

In my experience treating thousands of patients and guiding them through transitioning to a nutrient-dense, plant-based (Nutritarian) diet, I have observed that my patients’ perceptions of hunger change after their diets improve — feelings of hunger become less frequent, less uncomfortable, and are mainly felt in the mouth and throat (“true hunger”) rather than the head and stomach.

I have documented and published these results (titled “Changing perceptions of hunger on a high nutrient density diet”) in Nutrition Journal, a peer-reviewed publication that encourages scientists and physicians to publish results that challenge current models, tenets or dogmas. My data does just that — these results argue for a complete re-evaluation of our definition of human hunger.

Key results from this study:

Conclusion: Enhancing the micronutrient quality of the diet leads to changes in the experience of hunger and a reduction in uncomfortable symptoms associated with hunger despite a lower caloric intake.1

So if stomach grumbling, headaches, and light-headedness a few hours after a meal are not really hunger, what are they?

The typical Western diet is characterized by high-calorie processed foods, oils, sweeteners, and animal products and is low in phytochemicals and other micronutrients. There is evidence that such a diet, low in micronutrients and phytochemicals, results in inflammation, oxidative stress, and accumulation of toxic metabolites.2-4

When digestion is complete, the body begins to mobilize and eliminate waste products, causing uncomfortable symptoms. If we allow waste metabolites to build up by eating unhealthy foods, we will feel discomfort when the body attempts to mobilize and remove these wastes. I propose that these sensations are actually symptoms of detoxification and withdrawal from an unhealthy diet, lacking in crucial micronutrients. I call this Toxic Hunger. Scientists now know that unhealthy food has effects on the brain similar to those of addictive drugs. Healthy food does not produce withdrawal symptoms — when the body is given vegetables, fruits, beans, nuts and seeds, there is nothing to detoxify.

This is why so many diets fail. Simply restricting portions of the same disease-causing foods does not resolve the symptoms of toxic hunger. In addition to being effective for weight loss, a nutrient-dense, plant based (Nutritarian) diet has now been scientifically shown to change the perception of hunger, getting people in touch with true hunger (felt in the throat ). The function of true hunger is to prevent the breakdown of muscle tissue for energy; true hunger is a signal that directs the body to the precise amount of calories needed to maintain a healthy weight. A Nutritarian diet, if widely adopted, could bring millions of people in touch with true hunger and stop the proliferation of obesity and preventable chronic disease.