Is Coffee Bad or Good For You? 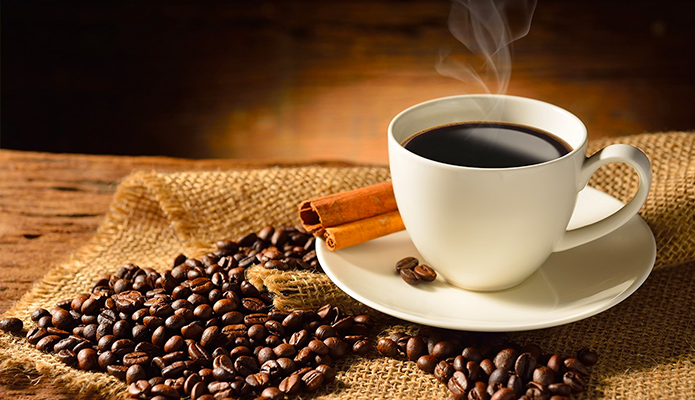 You’ll be happy to know that getting up and enjoying your favorite cup of coffee is fine, however that’s where it must end. The problem lies in reaching multiple times a day for that cup brimming with caffeine. Although one cup of coffee per day is not likely to cause any significant health problems, it is clear that excessive consumption of caffeinated beverages is dangerous.

Coffee is known to contribute to heart disease by raising blood pressure, LDL cholesterol, and homocysteine.1-4  Furthermore, a seventeen-year study of over 40,000 people found that those who drank more than four cups of coffee per day were at an increased risk of death from any cause. Men under age 55 that drank that much coffee had a 56 percent increase in risk of death, and women more than doubled their risk.5

The caffeine in coffee is a stimulant and as such gives you a false sense of increased energy, allowing you to get by with an inadequate amount of sleep. In addition to effecting the quantity of sleep, caffeine also reduces the depth of sleep. Inadequate sleep promotes disease and premature aging, and can fuel overeating behaviors.

Coffee can lead to overeating

People who drink caffeinated beverages are likely to eat more often than necessary because they mistake caffeine withdrawal symptoms—such as shakiness, headaches, lightheadedness, etc.—for hunger. These detoxification symptoms are easily mistaken for hunger because eating temporarily suppresses them. It is impossible to get in touch with your body's true hunger signals if you are addicted to stimulants.

Hopefully, you will decide to give up numerous cups of coffee daily, and if you do, keep in mind that it takes four to five days for the caffeine-withdrawal headaches to resolve once you stop drinking coffee. If the symptoms are too severe, try reducing the coffee slowly. Losing weight is a more important goal for your overall health than eliminating coffee, but including caffeine does not make it easier to control your appetite and food cravings, it makes it harder.

There are thousands of different substances in coffee, not just caffeine. Certainly, caffeine is dangerous in large quantities, but decaffeinated coffee also has potentially harmful side effects. Both decaffeinated and regular coffees have cholesterol raising effects, and these effects are known to be due to constituents in coffee other than caffeine.7 Also, these effects are amplified as the number of cups of coffee consumed per day goes up. The chemical substances used to remove the caffeine may be hazardous. Drinking decaffeinated coffee is also associated with the risk of developing rheumatoid arthritis, possibly due to the caffeine-removing additives.8 For this reason, it is probably safer to choose a water-processed decaf if you choose to drink decaffeinated coffee.

As for the claim that coffee protects against diabetes, a small decrease in risk (7percent) of type 2 diabetes has been shown with each additional cup of coffee consumed per day.9 Similar results are seen for decaffeinated and regular coffee, so caffeine is likely not the substance responsible for this benefit. Actually, in the short term, caffeine impairs the body’s sensitivity to insulin; decaffeinated coffee also has an insulin desensitizing effect, but to a lesser degree compared to caffeinated coffee.10

Since coffee also raises blood pressure, LDL cholesterol, and homocysteine, it is not a good idea to rely on coffee to protect you from diabetes. The best protection against diabetes is maintaining a healthy weight with a nutrient dense, plant based diet and regular exercise.

In summary, coffee is most like a drug, not a food. Like most drugs it may have some minor benefits, but its toxic effects and resultant risks overwhelm those minor advantages. Caffeine is a stimulant and a long and healthy life is most consistently achieved when we avoid stimulants and drugs and meet our nutritional needs with as little exposure to toxicity as possible. If you do drink coffee it is best to limit to one cup per day, and if you drink decaffeinated coffee, choose water processed.