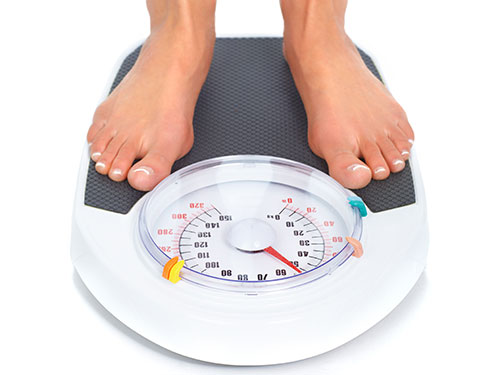 The good news is you can reverse type 2 diabetes.  The bad news is following most conventional diabetic advice doesn’t do the trick. So what is the answer?  Simply put, if you want major positive changes in your diabetes status you have to make major lifestyle changes. To illustrate this we can look at  why  the National Institute of Health (NIH) stopped their Look AHEAD (Action for Health in Diabetes) trial, which was investigating an “intensive lifestyle intervention program” to reduce the considerable cardiovascular risk associated with type 2 diabetes, compared to traditional diabetes support and education. After ;eleven years, there was no difference in incidence of cardiovascular events (e.g. heart attack and stroke) between the two groups, prompting the NIH to end the trial.

So why didn’t the intensive lifestyle intervention work?

The major flaw in this study was that the intensive lifestyle intervention was not “intensive” at all. The program consisted of four years of instruction and counseling, encouraging subjects to follow a conventional low-fat diet (less than 30 percent of calories from fat and less than 10 percent of calories from saturated fat) and exercise three hours per week. The goal was to lose 7 percent of their body weight and maintain that weight loss throughout the trial.1 However, the suboptimal 7 percent goal was not even met.

The average weight loss was less than 5 percent, so of course there was no reduction in cardiovascular risk! For a diabetic starting at 200 pounds that is a weight loss of less than 10 pounds. Why would anyone expect this tiny amount of weight loss to significantly improve someone’s health; especially someone with diabetes, a disease whose primary risk factor is excess weight?2

To meaningfully reduce the serious cardiovascular risks associated with diabetes, diabetics must achieve a healthy weight. Losing a few pounds is simply not enough. Conventional recommendations to reduce fat intake or portion sizes do not bring about significant weight loss. Even the study’s authors acknowledged that subjects who lost more weight fared better. Analysis of Look AHEAD after one year found that a 5 to 10 percent weight loss was associated with reductions in HbA1c, blood pressure, C-reactive protein, and improved lipid profile; 5 to 10 percent was a step in the right direction, but greater weight losses translated into greater reductions in those risk factors.

If the subjects were coached to reach a healthy weight with a Nutritarian diet, rather than just to lose a few pounds, the researchers instead would have seen a dramatic reduction in cardiovascular events. My results are unequaled in this field.  Almost all of the type 2 diabetics who follow my Nutritarian program lose their excess weight and become non-diabetic.

The goal must be set high – the goal is to reverse diabetes.

At this point in time, when obesity and diabetes have become epidemic, we cannot set suboptimal goals. The ubiquitous watered-down advice saying that losing 5-10 percent of one’s body weight will significantly improve health has no place in today’s health landscape. It is misleading and dangerous, because the goal shouldn’t be to improve diabetes; it should be to get rid of it. Otherwise, we are allowing people to die needlessly.

Cardiovascular disease is the most common cause of death among diabetics;  having diabetes more than doubles the risk of heart attack and stroke. More than 9 percent of American adults have type 2 diabetes, and it is the seventh leading cause of death in the U.S.5 Lifestyle interventions must be aggressive if we want to prevent heart attacks and strokes, reverse diabetes and save lives.

My colleagues and I investigated the efficacy of a Nutritarian diet-style for treating patients with type 2 diabetes. Within just seven months, 90 percent of the participants reached normal (nondiabetic) HbA1c levels, triglycerides dropped and only one person was still on a diabetic medication; the rest did not need them anymore.  A Nutritarian eating style has tremendous potential to reverse diabetes and ameliorate the associated cardiovascular risk.6

High-nutrient eating derails toxic hunger and food addictions, and has enabled my overweight clients to achieve dramatic weight loss results, in contrast to the modest results achieved by slight modifications to the disease-causing standard American diet. Hundreds of my patients and readers have reversed their diabetes, many losing 100 pounds or more: Charlotte, Calogero, and Robert just to name a few. They now live healthy active lives, and the cardiovascular risk that loomed over them has diminished with the disappearance of their diabetes.  Why not get rid of your diabetes too?  Why not never have a heart attack?