Fibromyalgia is a chronic pain disorder in which patients experience muscle aches and tender points in various locations. The cause is multifactorial with poor nutrition playing a major role. 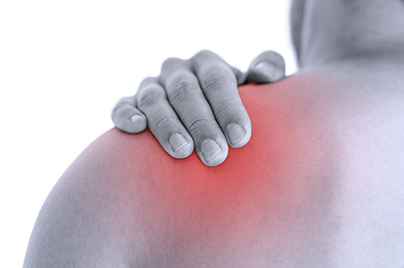 Fibromyalgia affects nearly 2% of the general population, with middle-aged women experiencing a higher risk.1 It is considered to be the most common cause of generalized pain in women between ages 20 and 55. Many of these patients struggle with work-related disability due to pain, fatigue, and depression.

Fibromyalgia is a diagnosis of exclusion, which means all other diagnoses causing similar symptoms need to be ruled out. Patients with fibromyalgia experience generalized aches, throbbing, burning or stiffness at three different anatomical sites for at least three months. On exam, they have multiple reproducible tender points. They can also experience generalized fatigue, sleep disturbance, neurological or psychological complaints such as mood disorders, numbness or tingling of extremities, joint swelling, chronic headaches, jaw or facial pain, bladder pain, irritable bowel syndrome, and a variation of symptoms with changes in activity, weather, or stress.

There is no single cause of fibromyalgia. It is thought to be due to a change in pain perception, known as “central sensitization.” Certain people may be genetically predisposed to this change in pain perception, and it may be triggered by various stressors, such as physical or emotional trauma, infections, poor sleep habits, hormone dysregulation, and years of eating the Standard American Diet. This low-nutrient diet causes damage to the gut lining resulting in increased intestinal permeability and small intestine bacteria overgrowth which contributes to the hypersensitivity experienced by patients. With a Nutritarian diet, patients improve and most resolve their symptoms.

Exercise regularly as appropriate to individual tolerance. Tai chi for example, has demonstrated benefits in patients with chronic pain syndromes through its adaptive exercise, mind-body interaction, and meditation.1

I suffer from fibromyalgia, and my pain is really overwhelming most of the time. My doctor suggested to me that I try the drug Lyrica. I rarely agree to take meds because of the side effects, but I’ve read that this has quite good results for fibromyalgia sufferers. I would like to be free from the constant pain I suffer but wondered what you think of this medication?

Some patients experience improvement, but as you note, you risk side effects. Lyrica is a risky drug that causes weight gain and can have long-term dangers and toxicities, which is the opposite of the results you are looking for to be rid of this problem, long-term. Only nutritional excellence can enable a complete recovery, not adding more toxins to your overly toxic body. Using toxic drugs for some pain relief makes your disease more serious with time. We need to clean out the toxins in your tissues to get well, not add more.

Fibromyalgia can also be related to gut/immune dysfunction. My experience is that almost everyone with fibromyalgia recovers and becomes pain-free after adjusting to a Nutritarian diet and healing the gut. That means eating G-BOMBS—raw green vegetables, beans, onions, cooked mushrooms, berries, and seeds to improve immune function, facilitate detoxification, and support the growth of favorable gut bacteria. Taking probiotics can be helpful in the initial stages of improvement.

Light Therapy to Treat Depression and Other Disorders

Although researchers don’t have firm numbers, many people are light deprived. Symptoms of light deprivation include: ... Read More