Age-related Macular Degeneration (AMD) is the progressive decline of vision caused by degeneration of the photoreceptors in the macula, the part of the retina where images are focused. 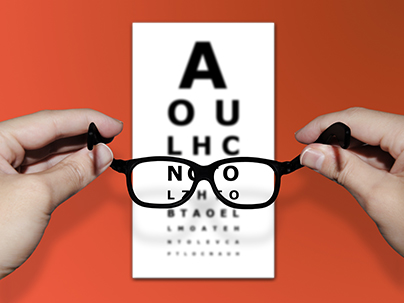 In 2002, the prevalence of AMD was found to be 2.8% among those 50 years of age and older.1 AMD is classified as either wet or dry. Approximately 80% of patients have the dry form of the disease, which is characterized by the deposition of waxy, yellow drusen in the retina. Wet AMD is characterized by the growth of red blood vessels and is a more severe and rapidly progressing form requiring laser surgery or injections of medications that stop the growth of blood vessels. Late wet AMD is 16.6 times more likely to develop in patients older than 75 years.2 AMD is one of the leading causes of blindness in industrialized countries.3

AMD patients experience blurry vision initially. Straight objects may appear bent. There appears to be a dark spot at the center of the visual field. This loss of central vision makes it difficult to read as parts of words may be missing. An early symptom of wet AMD is that straight lines appear wavy.

A diet low in leafy greens and orange and yellow vegetables and fruits is a major risk factor for AMD, as it leads to low levels of lutein and zeaxanthin. These two carotenoids accumulate in the macula providing antioxidant protection for the eye and enhancing visual acuity and contrast. Poor nutrition also contributes to obesity and cardiovascular risk factors, such as high blood pressure and atherosclerosis, which increase the risk of AMD.4 Red meat intake is a risk factor for AMD,5 likely due to the saturated fat content and resultant inflammation of the retina. Smoking increases the risk of AMD; smoking one pack per day for any length of time can increase risk two to three times that of a lifelong nonsmoker.4 Family history, aspirin use, previous cataract surgery, and more than three alcoholic drinks per day are also associated with increased risk.

Fifteen years after quitting smoking, the risk of AMD is decreased to normal levels.3

Please advise me on how to best address macular degeneration. My doctor advised that it is an irreversible condition. He recommended a mega Vitamin A supplement as the only means to delay the progression of the disease. I know that you do not recommend vitamin A, so I have stopped taking it. Can you please advise me on dietary and/or supplemental alternatives?

The best thing you can do to mitigate further decline is to have a wide array of high nutrient dense vegetables and fruits. This is not an irreversible condition. Eat lots of leafy, cruciferous greens, carrots, spinach, squashes, berries, mango, beets, and nuts/seeds. Women’s Daily Formula and DHA/EPA Purity would be of benefit. Rely on food to get the thousands of important phytonutrients that you need to fight this disease. You may want to include a blended green salad smoothie or a glass of green heavy (carrot/beet) juice each day.

My eye doctor just told me that I have Wet Macular Degeneration in my left eye. The doctor and I did speak a bit about options, and among them was the injection of Avastin. I have heard you say that you have been very successful in halting/reversing macular degeneration. The doctor said they may want to do something on the spot, but I want to get your input.

My diet is fairly good, about 85% Nutritarian. My only issue is that I drink six cups of coffee with sugar per day. Should I give up all coffee right now? I also take supplements such as zinc, lutein and zeaxanthin, astaxanthin, dha/epa, B12, and D3.

Yes, stop the coffee, or go down to one daily. Eat a diet high in mushrooms, cruciferous greens, shallots, and scallions for their anti-angiogenic effects. Tumeric, flaxseeds, berries, and resveratrol may also help.

Move up to 100 percent healthy eating for now. Remember G-BOMBS. Whether you start treatment immediately or not depends on the degree it has advanced, but it sounds like this is early enough that you can wait a few months and do a perfect diet and recheck to see if it is improving.

Macular degeneration is a dietary-caused disease that is improved or reversed with a Nutritarian diet and worsened with more animal products in the diet (like eggs). It is not just from a deficiency of lutein and zeaxanthin, but those are nutrients abundant in greens and other natural plant-foods, which is how they get into eggs.

Dr. Benson reviews the latest scientific research on berries and discusses how adding these fruits into your daily diet can benefit your health Read More