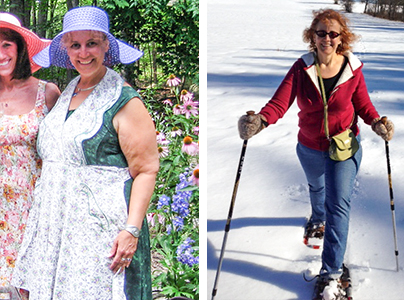 We lost my father just over a year ago. I spent 20 years watching him die of food addiction, a slave to the standard American diet. He suffered heart attacks, wore oxygen at night for his lung disease, and had end-stage kidney failure requiring dialysis three times a week. He had insulin-dependent diabetes, peripheral vascular disease, and non-healing ulcers on his feet. He was terribly obese and spent his last two decades in a wheelchair. His immune system was so compromised that he spent weeks at a time in the intensive care unit in septic shock every time he got cellulitis. This happened just about every year. My siblings and I stood over his hospital bed far too many times, watching a ventilator breathe for him and wondering if this hospitalization would be his last.

I remember visiting my dad in the ICU after he'd pulled through yet another crisis and suggesting that he could improve his health by improving his diet. He shook his head and said, I can't give up my food.” I'll never forget his words as he sat in his hospital bed under the harsh fluorescent lights with the sound of monitors beeping in the background. He had just nearly died, and yet he couldn't give up his unhealthy foods. Wow. That's addiction for you.

I know a man named Augie who is well into his eighties and runs marathons. He must have great genes. My dad ends up with a multitude of chronic diseases and Augie runs marathons. One of them lucked out in the gene department, and one didn't, right?  We'd like to believe it simply amounts to genes. Believing in the Gene Genie takes all responsibility out of our own hands. I believed in the Gene Genie for a long time. I am, after all, my father's daughter. I know about food addiction because I also have spent decades of my life as a slave to the beast that eventually took my father from me.

I read countless books on nutrition including Dr. Fuhrman's Eat To Live. I knew that a Nutritarian lifestyle was the only sensible and sustainable way to avoid my dad's fate. And, yet, I couldn't do it. I'd start with the greatest of enthusiasm, feel wonderful, begin losing weight, and then fall on my face, again and again. I am a nurse with a master's degree. I am an intelligent woman who does not lack willpower or perseverance in the rest of my life. You'd think I could say, “No,” to a bagel and a diet soda every now and then. But, I couldn't.

After my dad's death, I lay awake in my bed at night, crying. I cried because I missed him, and I cried because I was terrified of the future of disease and disability I saw looming in front of me. One day, I found Dr. Fuhrman's Motivational Outreach Program. I read the brochure and knew within my heart that this was the missing key. I signed up, and in April, I began working with Randi Carbone, R.N. on my food addiction. I learned that the myth of moderation had derailed my efforts time and again. I learned that I could finally break free of food addiction if I nourished my body with beautiful nutrient-dense foods. I learned to have hope again and to have faith in the wonderful healing abilities of my own body. I lost 60 pounds and was able to become active again. I will not follow the course my dad did. I will have a vibrant future of health because I have learned that the difference between an 80-year-old marathoner and a 70-year-old invalid comes down to the nutrients each puts into his own body.

Breaking free of food addiction is difficult, but the truth is, once you have the knowledge provided by Dr. Fuhrman's research and writings, you can never forget it. Once you've had the experience of living in a truly nourished body, you can't tolerate the toxic feelings that come from toxic food. Once you start to become active, you can never tolerate stagnation again. If you struggle with food addiction, believe that you can overcome it, because you can. My dad never had the opportunity to try, but I did, and I grabbed onto it with both hands. You can too.

By recognizing she was a food addict, Roxanne was able to beat her addiction and lose 78 pounds... Read More

Paul beat his food addiction, lost 45 pounds, and put his gym membership to use... Read More

Watching Dr. Fuhrman’s PBS program had a profound effect on Stephen as it made him recognize he had to overcome his food addiction; he went on to lose an amazing 140 pounds... Read More

Jane lost 95 pounds and her husband lost 90 pounds, both are thrilled with all the positive changes in their health and lives... Read More