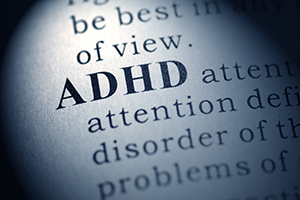 Children with Attention Deficit Hyperactivity Disorder (ADHD) need more than just medication to alleviate symptoms. It’s important to realize medication is not the cure all and can have side effects. Providing proper nutrition and supplementation is crucial. In addition, nutrition and environmental conditions play a role in preventing ADHD.

ADHD is the most common neurobehavioral disorder diagnosed in children, and its prevalence is growing. Between 2003 and 2007, there was a 22 percent increase in ADHD occurrence in the United States. Today, about 9.5 percent of school age children have ADHD.1

ADHD is characterized by restlessness, difficulty focusing, poor impulse control, distractibility, and in some cases overactivity. These symptoms have significant negative consequences on the child’s academic performance, social skills, and relationships with family members, teachers, and peers. In addition, ADHD is often accompanied by learning disorders, discipline problems, anxiety, and/or depression.2

ADHD is a complex disorder of the brain that is believed to be caused by a combination of genetic and environmental factors.3-4 Smoking and alcohol use during pregnancy, micronutrient deficiencies, excessive television watching early in life, and inadequate omega-3 fatty acid intake are a few of the environmental factors that increase risk3,5

Poor nutrition is a significant concern as dietary factors have been linked to ADHD risk in scientific studies. They include:

Treatment for most children with ADHD

The primary mode of treatment for ADHD is a combination of stimulant drugs and behavioral treatment. The Centers for Disease Control estimates that 2.7 million children in the U.S. are currently taking medication for ADHD.1

Of concern are the side effects of these drugs; the two most common are insomnia and loss of appetite. There is also the potential for abuse, since stimulants such as Ritalin (methylphenidate) and amphetamines have actions on the brain similar to cocaine.6

In addition, evidence has recently emerged that these stimulants may adversely affect the cardiovascular system. Long-term stimulant use increases heart rate, and elevated heart rate increases the risk of cardiac death.9,16-17

Natural Prevention and Treatment of ADHD

Effective strategies to help prevent children from developing ADHD include:

If your child has been diagnosed with ADHD, a family commitment to dietary changes is crucial. My nutritional approach to ADHD used in conjunction with appropriate behavioral treatment has helped many families. Although it may take up to six months, significant improvements are almost always observed, and stimulant medications are rarely necessary