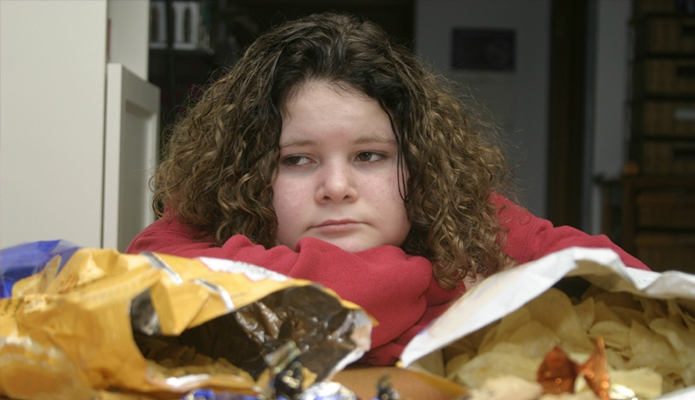 Addiction to foods that are bad for us is similar to any substance addiction. The same care has to be given to avoiding or overcoming junk food addiction as any other addiction. The science on food addiction has now established that highly palatable foods, including low-nutrient, high-calorie, intensely sweet, salty, and/or fatty foods which make up the majority of the Standard American Diet produces biochemical effects in the brain that are characteristic of substance abuse.

Junk food is ubiquitously available, legal, cheap, and socially accepted. Therefore, it becomes the drug of choice for many of us leading to addiction.

Characteristics of addictive behavior include:1

Many of us have had the experience of tasting a junk food or dessert, and then feeling the intense demand from our brain: “MORE!” We feel a complete lack of control, and our commitment to excellent health all of a sudden doesn’t matter. These feelings originate from the dopamine reward system. The amount of pleasure we derive from eating a food correlates with the amount of dopamine released in the brain.2 Dopamine is a neurochemical that regulates motivation, pleasure, and reinforcement related to certain stimuli, such as food.

Obese individuals have a diminished number of dopamine receptors

Compared to lean individuals obese humans are known to have fewer dopamine receptors (called D2 receptors). Their reward response from food is not as sensitive and it is thought that they compensate by overeating.1,3

Why do obese individuals have lower numbers of dopamine receptors? In substance abuse, over time the brain adapts by downregulating dopamine receptors. It turns out the same happens in overeating.4 A noteworthy study revealed that women who had gained a significant amount of weight over a six month period reduced their dopamine system response to palatable food over that time period.

Similar reductions in the reward response to sweet, salty or fatty foods have been reported in women with bulimia nervosa. These results suggest that overeating diminishes the reward from palatable food, driving further overeating and future weight gain.5,7

Although actual dopamine reward is diminished in obese individuals compared to lean individuals, dopamine release in response to pictures of palatable food is actually enhanced.4,6

In summary, recent research suggests that overeating and obesity cause greater desire for sweet, salty or fatty foods, but diminished reward from consuming palatable food - resulting in a progressively worsening addiction. Our level of susceptibility to addictive behaviors varies by genetic predisposition and emotional state. Nevertheless, highly palatable food has physiologically addictive properties that will make almost anyone experience a lack of control.

“Just one bite” doesn’t work because that single bite activates the dopamine reward system, causing the brain to demand more. Willpower, logic, and common sense are no match for addictive drives. As with other addictions, recovery requires abstaining from the addictive substance. An alcoholic can’t have “just one drink” without grave risk of relapse. The same is true for food addicts. Natural plant foods are not as intensely sweet, salty, or fatty as the processed junk foods that are purposely engineered to excite our reward systems. Eating whole, natural foods provides enjoyment of taste without activating addictive drives.

Be vigilant. Stick to all the delicious foods that nourish you, and steer clear of any foods that cause you to lose control. Your body will constantly thank you.