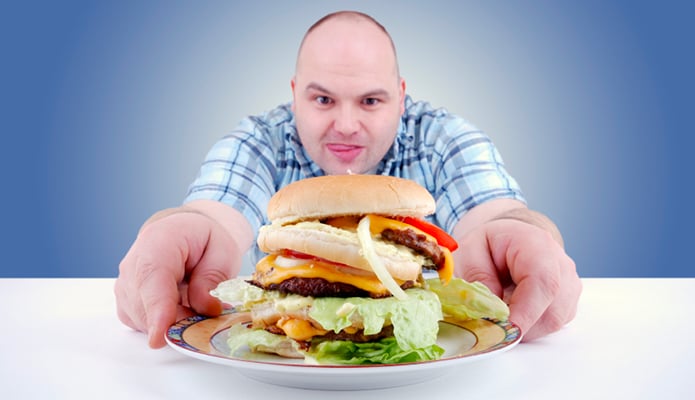 Rich foods packed with oils, animal products, white flour, and sugar may look tempting to you at a holiday gathering. Maybe they’re so tempting that you to say to yourself “It’s just for today, just this one meal. I’ll go back to my healthful Nutritarian diet tomorrow. One unhealthful meal can’t possibly harm me.” But the truth is, one poor meal can do more harm than you might think.

Aside from the fact that a single low nutrient meal may awaken old addictive drives that could then lead to many more low-nutrient meals, a single meal is enough to cause damage to your cardiovascular system. There are more cardiac deaths on December 25, 26, and January 1 than any other days of the year.1 This sobering observation suggests that overindulging at a holiday meal can be extremely hazardous to your heart.

First, I’d like to define the phrase “endothelial function,” which will be used frequently in this article. The endothelium is a specialized layer of cells that forms the inner lining of all blood vessels. Endothelial cells produce nitric oxide and other substances that:

The functions of the endothelium are crucial; endothelial dysfunction is an early event in atherosclerotic plaque development and cardiovascular disease.2

Now let’s take a look at the traditional components of a holiday meal, and how they affect our cardiovascular system.

Over fifteen years ago, a study reported that eating a meal high in saturated fat, and animal product impaired endothelial function for four hours following the meal, and this effect has been confirmed in the literature over and over.3-4 For example, a study presented earlier this year reported the detrimental effects of a sausage, egg and cheese breakfast sandwich on endothelial function.5 In addition to impaired endothelial function, single, low nutrient, high fat meals have been reported to induce insulin resistance, increase circulating adhesion molecules (which allows excess LDL and inflammatory cells to enter the vessel wall — a contributor to atherosclerosis), induce oxidative stress, and deplete the body’s circulating antioxidants.6-8 The detrimental effects of a high saturated fat meal on endothelial function are believed to occur via oxidative stress and activation of pro-inflammatory pathways.4-9Although most of the studies have focused on high saturated fat meals, there is also evidence that animal protein and excess oils (high in omega-6 fatty acids) may also negatively affect the endothelium and induce oxidative stress.10-11

Salty snacks, beer, and wine magnify the effect of a poor diet

The takeaway here is that a single, unhealthful holiday meal inflicts damage on the cardiovascular system, contributes to atherosclerotic plaque development, and in susceptible individuals, may even provoke a cardiac event. It is important to remember that the best way to make a special occasion truly a cause for celebration is to eat gourmet Nutritarian food that pleasures your taste buds, supports your heart health and satisfies your intelligence. You may even influence your friends and family to do the same.