Do cruciferous vegetables or soybeans harm the thyroid? 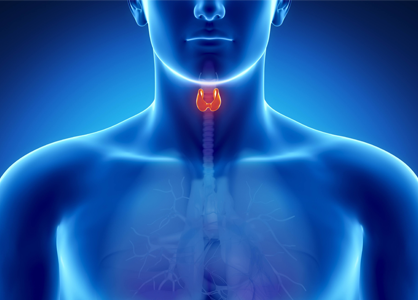 Is there a murky side to super health foods such as kale, broccoli or any cruciferous vegetable if you have thyroid function issues? And what about soy foods? Is there a reason to eliminate any of these foods from your diet?  According to scientific research the answer is no: eat your greens and beans for good health (except in special cases, as noted).

Eating cruciferous vegetables is not optional; it is a necessity for optimal health. They have numerous anti-cancer benefits, a high micronutrient to calorie ratio and an association with reduced risk of premature death.1 An effectively functioning immune system is dependent on their consumption2 and these benefits clearly outweigh the risk of a modest decrease in thyroid function, which could only occur if the amount of raw cruciferous intake was at an insanely high level or a person was significantly iodine deficient.

Cruciferous vegetables contain compounds called glucosinolates which are metabolized into isothiocyanates (ITC).  ITCs have powerful protective effects against many cancers, including breast, prostate, colorectal, bladder and lung cancers.3-8) In fact, cruciferous vegetable intake has been associated with a reduction in the risk of thyroid cancer in meta-analyses.9-12

Concerns about potential negative effects of cruciferous vegetables on thyroid function arose from early animal studies, followed by findings suggesting that certain breakdown products of cruciferous phytochemicals could interfere with thyroid hormone synthesis or compete with iodine for uptake by the thyroid. However, this is only a hypothetical issue. The scientific consensus is that cruciferous vegetables could only be detrimental to thyroid function in cases of very high intake accompanied by significant iodine deficiency.13, 14

Similar concerns have been raised about soy phytoestrogens, with a similar outcome.  For otherwise healthy people, the evidence suggests that regular soy consumption would only be problematic in the context of iodine deficiency.15,16

Iodine is a component of thyroid hormones; when iodine deficient, the body is unable to produce enough thyroid hormones. Iodine deficiency is a concern for those who follow a healthful, plant-based diet since it is not naturally abundant in foods, except in seafood and seaweeds. Iodized salt is the chief source of iodine in the Western diet.

Vegans and others on mostly plant-based diets may have low iodine intake without supplementation, especially if they avoid salt, suggesting that supplementation is appropriate.17,18  Also, pregnant women may require a greater amount of iodine than the general population because of the iodine needs of the fetus.19

Years ago animal studies suggested the hypothetical thyroid issue from eating very large amounts of cruciferous vegetables.13  However, no human study has demonstrated a deficiency in thyroid function from consuming cruciferous vegetables.16 Only one such study seems to have been conducted as of yet; in that study, no effects on thyroid function were observed in subjects eating 150 grams of cooked Brussels sprouts daily for four weeks.20

Similarly, taking a broccoli sprout extract supplement every 8 hours for 7 days did not affect thyroid function measures in healthy adults.21 Raw cruciferous vegetables have not been investigated.   However, the only case report relating cruciferous vegetables to thyroid harm suggests that it would be almost impossible to consume enough cruciferous foods to harm the thyroid. This case was that of an 88-year old woman who developed hypothyroidism after eating 1-1.5 kg (2.2-3.3 pounds) of raw bok choy every day for several months; an excessive and unreasonable intake of raw cruciferous.22  In other words, a person would have to consume an insane amount of raw cruciferous to have a negative effect on thyroid function and it still may not cause an issue even then, unless iodine level was too low.

Recent results from the Adventist Health Study revealed that vegan Adventists were less likely than omnivore Adventists to have hypothyroidism.16  Similarly, a 2011 study of Boston area vegetarians and vegans found that vegans had higher urinary thiocyanate (indicative of higher cruciferous intake) and lower iodine intake, but no difference in thyroid function, which was within the normal range.18

Soy isoflavone intake is linked to reduced risk of breast cancer, prostate cancer, and cardiovascular disease.15,23 Soy phytoestrogens could theoretically interfere with thyroid hormone synthesis and metabolism, but the effects are not thought to be clinically relevant in healthy individuals. At least 14 trials that recorded indicators of thyroid function in healthy subjects with soy supplementation have been published. Overall the effects on thyroid parameters were modest or nonexistent.24

Patients with diagnosed hypothyroidism may require a dosage adjustment to their thyroid medication to accommodate high soy intake, because soy may decrease the absorption of the drug; however, this does not require avoiding soy.15

Only one study has been conducted in a population with borderline hypothyroidism (subclinical), in which 30 grams/day soy protein powder containing either a low (2 mg) or high (16 mg) dose of soy phytoestrogens was taken for 8 weeks, followed by 8 weeks with no soy supplementation, then a switch to the other dose for 8 weeks. Only a small number (6 out of 60) in the high isoflavone group demonstrated a mild worsening of their thyroid function.25 However, this study did not examine the effects of consuming soy as edamame or tempeh, soy in its natural state, but used a concentrated soy protein powder, which may have different effects.  So no clear conclusions can be made.

Of interest was that other health parameters improved with the higher isoflavone containing soy powder, including insulin resistance, blood pressure, and C-reactive protein levels.  These results suggest that soy phytoestrogens have cardiovascular benefits, but for a small subset of people with already compromised thyroid function, excessive soy products may exacerbate that condition.25

Note: An important difference between soy and cruciferous vegetables: cruciferous vegetables should be eaten every day, whereas soybeans are just one type of bean, to be eaten as part of a large variety of beans and legumes in a Nutritarian diet. All types of beans help to reduce the risk of heart disease and cancer, not only soybeans. Eating unprocessed or minimally processed soy 2-3 times per week, such as edamame tempeh, and tofu (not isolated soy protein) is appropriate as part of a Nutritarian diet.  There may be a small subset of those prone to low thyroid function who should not eat excessive amounts of soy, but that is good advice for everyone anyway, because we should all eat a variety of beans and other natural foods in our diet, and not eat a soy-centered diet.

In conclusion, there is no reason to fear eating soybeans or cruciferous vegetables. In fact, it is important to have some raw cruciferous every day.  Of course, eating a diet of only cruciferous vegetables or juicing large amounts each day is not wise.  In the context of a healthful variety of vegetables, beans (including soybeans), fruit, nuts and seeds with adequate iodine exposure, there are no concerns from eating reasonable amounts of raw cruciferous greens.  Cooked greens would not have enough of the ITCs left to be an issue. It is also wise to make sure your iodine intake is appropriately supplemented for those not eating seaweed or seafood regularly.  It is important to remember that attention to details that assure nutritional excellence pays large dividends towards your future health.