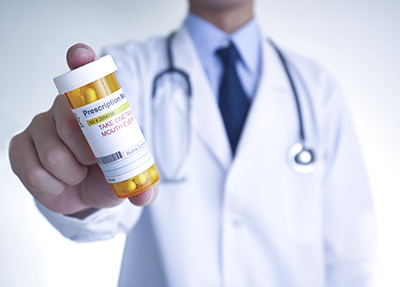 Patients on the medication warfarin (brand name Coumadin®), prescribed to prevent blood clots by thinning the blood, also called anticoagulants (an·ti·co·ag·u·lants), are often told by their health professionals not to eat vitamin K-rich foods, such as leafy green vegetables. Since I advocate a diet rich in leafy greens, broccoli, and other foods rich in vitamin K, my dietary recommendations often contradict dietitians, nurses, and doctors who advise their patients taking warfarin to avoid vitamin K-containing foods entirely.

In this post, I explain how to follow a healthful diet when taking warfarin. First, you need to know more about warfarin.

The reason health professionals recommend patients on warfarin avoid vitamin K-containing foods is because it produces blood-thinning effects by acting as a vitamin K antagonist. Warfarin is similar in structure to vitamin K, which means it can compete with vitamin K and interfere with vitamin K-dependent enzymes, which are needed to produce clotting factors.

When you ingest more vitamin K from green vegetables, you can decrease the effectiveness of warfarin. A higher dose of the drug will then be required to maintain the recommended degree of interference with blood clotting.

Warfarin is most often prescribed for patients with atrial fibrillation, a common arrhythmia (irregularity in heart rate). When you have this abnormal heart rhythm, the turbulent flow of blood increases the likelihood of the formation of an embolus (a traveling clot) that can move to the brain and cause a stroke. Warfarin therapy also is used by people who have experienced a serious blood clot.

The main problem with this medication is its very narrow therapeutic range—too much, and you can suffer from a major bleeding episode; too little, it is ineffective at preventing strokes and other embolic events. Patients have to be closely monitored with regular blood tests to have their warfarin dose adjusted accordingly. According to current estimates, 30 percent of patients on warfarin tend to stop taking the medicine within the first year because of frustration with blood tests, dosage changes, and side effects.1

The risk of bleeding was thoroughly investigated in a 2003 meta-analysis which pooled data from 33 separate studies that examined the bleeding rates of patients who received at least three months of anticoagulation therapy. Major bleeding occurred at a rate of 7.22 per 100 patient-years, and fatal bleeding occurred at the rate of 1.3 per 100 patient-years.3 That means if 10 people were put on warfarin therapy for ten years each, seven out of the ten would have suffered a bleeding event and one would have died from taking warfarin.

Newer anticoagulants have been introduced that are viable options.  One advantage of these drugs is that they don’t require the same frequent blood testing; another is that vitamin K does not interfere with their mechanism of action. They also carry a lesser risk of serious bleeding events. However, in many cases, warfarin is still the recommended blood thinner for patients who have atrial fibrillation and are at high risk of stroke.4-6

How to eat healthfully while on warfarin

A Nutritarian diet lowers body weight, blood pressure, cholesterol, blood sugar and can reverse atherosclerosis.  Its effects have been documented in medical journal reports and explained in detail in my book, The End of Heart Disease.

When you naturally lower blood pressure and cholesterol through a Nutritarian diet, while flooding your body with antioxidants and phytochemicals, you have the potential to recover from atrial fibrillation.  As your atherosclerosis melts away it also lowers your risk of forming a dangerous clot.  It is likely that a Nutritarian diet can be even more protective against a serous event than warfarin or other medications.  The healthier you get and the longer you follow dietary excellence, the more the risk benefit ratio moves away from using blood thinners, such as warfarin.  In the short run, while your body is just starting to repair the damage, you could still require warfarin.

If you are on warfarin you can eat a Nutritarian diet, but carefully measure the amount of green vegetables, making sure only one serving of salad and one serving of cooked greens are consumed each day.  The key is to eat the same basic amount each day, so your dose of medication can be adjusted and stabilized.  Often, the person’s health will improve so much over six to twelve months, that it can be possible to safely stop taking warfarin. In my 25+ years practicing nutritional medicine, I have had many people resolve their atrial fibrillation following this life-saving approach.

The studies on blood thinners that show that patients in poor heath with multiple risk factors, such as  obesity, diabetes and high cholesterol, who are at high risk of stroke, benefit from warfarin. These studies evaluate high-risk patients on the typical disease-creating American diet, not low-risk patients on a plant-rich diet that is loaded with vegetables, beans, berries, nuts and seeds. It is most likely that a person eating such a healthful Nutritarian diet, who resolves those risk factors would change the risk-benefit ratio significantly enough to make warfarin contraindicated, even if their atrial fibrillation continues.

For those who absolutely must take warfarin because of a recent thrombotic event, the danger of not eating a healthful diet exceeds the risk of increasing the warfarin dose slightly to accommodate the more healthful diet. As one’s diet changes to include more plant foods, less processed food and animal products, one’s cholesterol and blood pressure decreases, greatly reducing one’s risk of a heart attack or embolic stroke.  A 2015 study in The American Journal of Lifestyle Medicine, survey data concluded that people who started a Nutritarian diet and adhered at least 80 percent, decreased their LDL cholesterol by 42 mg/dl, and those that started out with hypertension, reduced their systolic blood pressure by 26 mm Hg.7

As long as the amount of vitamin K-rich greens you eat is consistent day-to-day, your doctor can adjust your warfarin dose to accommodate it, to avoid fluctuations in the effectiveness of the drug. To keep the vitamin K amount constant, it is sensible to eat one large raw salad a day and one serving of dark green vegetables such as asparagus and string beans, but leave out the very dark green leafy vegetables, such as steamed kale, collards, and spinach. It is permissible to add some dark green leafy vegetables to a soup. The goal is to keep your vitamin K level stable, so the amount of blood thinning does not become dangerous. A dangerous level of blood thinning can occur if the dose of warfarin is adjusted to a high vitamin K intake and then the patient does not eat much vitamin K-rich food for a few days.

No medication can protect you as much as eating healthfully.  Do not let anything deter you from eating a Nutritarian diet-style, as it is the most important intervention that can keep you safe and alive.