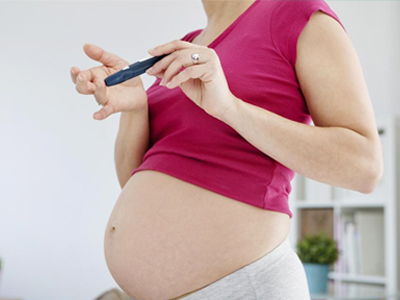 Gestational diabetes is a type of diabetes that occurs during pregnancy. In the vast majority of women found to have this condition, there are no symptoms of diabetes, and the diabetes usually goes away after the baby is born. However, it does carry risks for both the mother and child so it is wise to learn how to help avoid developing this pregnancy complication by adhering to a nutrient-rich dietary lifestyle.

Gestational diabetes also presents health risks for the newborn child, including the potential for hypoglycemia immediately after birth, increased risk of respiratory problems, and increased risk of obesity and diabetes later in life.

Gestational diabetes refers to higher than normal blood sugars occurring during pregnancy in women who were not diabetic before becoming pregnant. It is usually detected by discovering higher than normal glucose levels between the twenty-third and twenty-eighth weeks of pregnancy, and occurs in over five percent of pregnancies. The body requires more insulin during pregnancy as weight is gained and as the placenta grows and produces hormones that reduce insulin sensitivity. It is normal for the pancreas to produce a higher level of insulin. Many women have no problem producing the extra insulin needed during pregnancy, but for women with gestational diabetes, their pancreas can’t secrete the higher levels demanded.

Eating nutrient-dense, plant-rich foods is important during pregnancy. Gestational diabetes is a sign of nutritional inadequacy; it leads to overweight babies (macrosomia) and increases the likelihood of needing a C-section. It is important that lifestyle changes are initiated to restore normal glucose levels as soon as possible during pregnancy, which is accomplished effectively and easily with the Nutritarian eating style. If you have gestational diabetes, the best medicine is no medicine; who knows what subtle, long-term effects diabetes medications may have on an unborn child? Superior nutrition is the safest and most effective choice. I have outlined a plan for women with gestational diabetes to achieve healthy glucose levels almost immediately and have a healthy pregnancy in my book, The End of Diabetes.

The dietary program described in The End of Diabetes is a vegetable-based diet designed to maximize nutrient per calorie density. It is the most effective dietary approach for those with diabetes. Women with gestational diabetes can reverse their disease, have a healthy pregnancy, and prevent type 2 diabetes later in life.