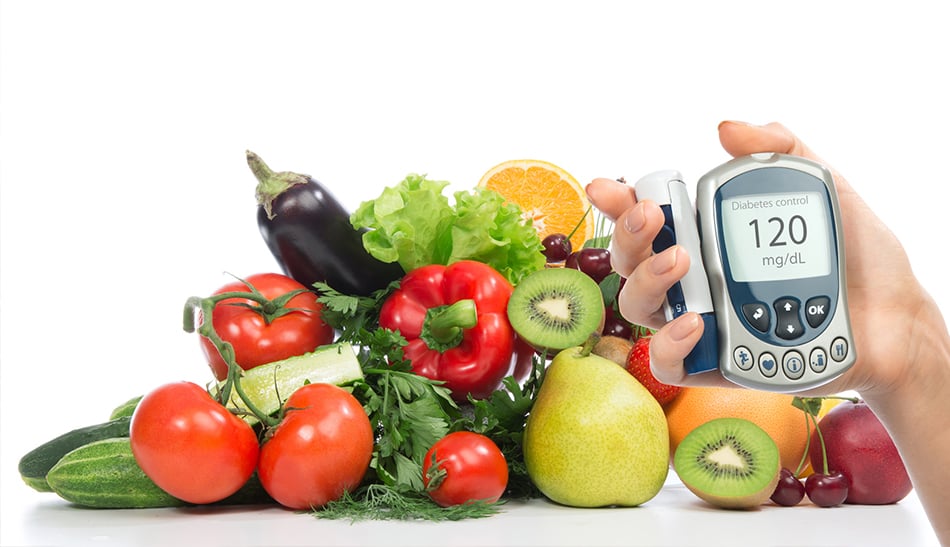 Diagnosis of type 2 diabetes is on the rise along with its dire health prognosis and earlier death. The good news is it can be prevented and reversed. Diabetes has been cited as the most challenging health problem in the 21st century. Over 29 million people in the United States have diabetes.1 According to the U.S. Centers for Disease Control and Prevention (CDC), the prevalence of type 2 diabetes has more than tripled in the past 30 years, and if current trends continue unabated, one-fifth to one-third of all Americans will have diabetes by the year 2050.2,3

Excess weight promotes insulin resistance and is the chief risk factor for type 2 diabetes. Currently 68 percent of adults are overweight or obese.4,5 The number of people with this disease has been increasing steadily, largely due to the increasing numbers of overweight people in both the young and the old.

More than 80 percent of adults with Type 2 diabetes die of heart attacks and stroke, and these deaths occur at a younger age compared to people without diabetes. Diabetes also ages the body more rapidly, causing harm to the kidney, nervous system and other body systems. Diabetes is the leading cause of kidney failure and blindness in older adults. Over seventy thousand amputations each year are performed due to complications of diabetes. Diabetes also increases cancer risk, especially colorectal cancer.1,6-8

The heavier you are, the greater the risk you will develop type 2 diabetes. Whereas type 1 diabetes is a disease of insulin deficiency, type 2 diabetes typically develops because the body is insulin resistant and requires more insulin than normal. Our body’s cells are fueled by glucose, and insulin acts as a key that allows glucose from the blood to enter our cells. If the pancreas does not produce insulin (as in type 1 diabetes), or the body’s cells no longer respond to insulin (as in type 2 diabetes), glucose remains in the blood instead of being used by the cells, resulting in abnormally high blood glucose, which is harmful to the body.

Premature death and the devastating complications of this disease simply do not have to happen. Those with diabetes are told to watch their diet, exercise and use drugs to better control the glucose levels in their bloodstream. My message is that the nutritional advice received from the American Diabetes Association (ADA), and typical dieticians and physicians is inadequate and permits countless of unnecessary premature deaths and much needless suffering. I say, “Don’t live with your diabetes, don’t simply control your diabetes — get rid of it.”

The standard American diet (SAD) of processed foods, refined grains, oils, sugars, and animal products is at the root of the obesity and type 2 diabetes epidemics. Keeping glucose under control with drugs in individuals who continue to consume this diet will not prevent diabetes complications. It requires nothing less than superior nutrition with daily exercise.

The SAD and the standard dietary recommendations given to diabetics promote fat storage. Excess fat on the body interferes with insulin’s actions; the body’s cells become less responsive to insulin and it is more difficult for insulin to transport glucose into the cells. The pancreas is then forced to produce more insulin to compensate.

The pancreas is pumping out much more insulin than a thinner person might need, but it's not enough to compensate for extra body fat. The pancreas’ ability to secrete insulin is diminished further over time as individual remains overweight and the diabetes continues. Total destruction of insulin secreting ability almost never occurs in Type 2 (adult onset diabetes) as it does in Type 1 (childhood onset diabetes).

However, the sooner a Type 2 diabetic loses the extra weight causing the stress on the pancreas, the more functional reserve of insulin secreting cells remains. When you give an adult diabetic, who has been suffering from the damaging effects of excess insulin for years, more insulin to drive the sugar down, you create more problems. Insulin increases appetite and can cause significant weight gain, making the patient more diabetic. Usually, they require more and more medication and their condition worsens.

Findings from numerous studies also show that high insulin levels promote atherosclerosis, even in non-diabetics.9-11 In diabetics, the degree of atherosclerotic blood vessel disease is greatest in those with the highest levels of insulin. The level of insulin in your blood is an indicator of your risk of heart attack – regardless of whether that insulin is produced by your pancreas or injected.11,12 High insulin levels are also associated with increased cancer risk.6,13,14 Insulin is not the answer for type 2 diabetes.

Well-meaning physicians prescribe drugs in an attempt to lower the dangerously high glucose levels, the high cholesterol and triglyceride levels and the high blood pressure typically seen in diabetics. Unfortunately, treating diabetes with medication gives patients a false sense of security.   Patients mistakenly think their somewhat better controlled glucose levels are an indication of restored health, providing them with implicit permission to continue the same disease-causing diet and lifestyle that led to the development of their diabetes.

With the combination of the standard dietary advice and the weight-promoting medications, many continue to gain weight. They believe that they are protected from harm by their medications.  Actually their diabetes progressively damages their cardiovascular system, kidneys, nervous system, and more.

All of this doesn’t have to happen. There can be a favorable outcome.

They become thin and non-diabetic.They are able to gradually discontinue their insulin and eventually other medications and most no longer need any diabetes medications after the first six months. They simply get well. This has been shown in a study published in the Open Journal of Preventive Medicine in 2012. The majority of the patients who adopted a Nutritarian diet dropped their HbA1c into the non-diabetic range; the average HbA1c dropped from 8.2 to 5.8, and the average systolic blood pressure dropped 27 mmHg.15

I work with people who have diabetes who want to live a long and healthy life and enjoy the sense of achievement and the confidence that they can take control over this disease. The membership services offered here on this website, and the information in my book, The End of Diabetes, can get you started on this road to wellness and potentially enable a complete recovery from diabetes.

One of Many Fascinating Success Stories

Jim was referred to my office from his nephrologist after originally referred to the nephrologist by his endocrinologist (diabetic specialist) at the Joslin Clinic because of kidney damage that resulted from very high glucose readings in spite of maximum medical management.

At his first visit, Jim weighed 268 pounds and was taking a total of 175 units of insulin per day. He had already suffered from severe complications of Type 2 diabetes, including two heart attacks and Charcot (destructive inflammation) joint damage in his right ankle. In spite of this huge dose of insulin and six other medications, Jim’s glucose readings averaged between 350 and 400. “This was the case no matter what I ate,” he said. Jim told me that he was already on a careful ADA diet and was following the precise dietary recommendations of the dietician at the Joslin Clinic.

He started my program right away, and I immediately reduced his insulin dose down to 130 units per day. Jim and I spoke on the phone over the next few days, and I continued to decrease his insulin gradually. Within five days, Jim's glucose was running between 80 and 120, and he had lost ten pounds. At this juncture, I put him on 45 units of Lantus insulin at bedtime and 6 units of Humalog regular insulin before each meal for a total of 63 units per day. At his two week visit, Jim had lost 16 pounds. I stopped his blood pressure medications, and he was taking a total of 58 units per day of insulin.

After the first month I was able to stop all of Jim's insulin and start him on Glucophage. He lost 25 pounds in the first five weeks, and his blood glucose readings were well controlled without insulin. His blood pressure also came down to normal, and he no longer required any blood pressure medications. Five months later, Jim was off all medications for diabetes, no longer had high cholesterol or high blood pressure and was more than 60 pounds lighter. His kidney insufficiency had normalized as well.

This case illustrates not merely how powerful my Nutritarian dietary approach is, but how the standard dietary advice given to diabetics from conventional physicians and dieticians is insufficient and even dangerous.

The End of Diabetes

How can a type 2 diabetic lower high glucose levels, lower cholesterol, lower blood pressure, lose weight and not need to take drugs such as insulin and sulfonylureas which cause weight gain?

When one eats a diet predominating in nature’s ideal  foods—green vegetables, beans, mushrooms, onions, berries, eggplant, tomatoes,  garlic, raw nuts and seeds , it becomes relatively easy  to quickly shed excess pounds without hunger or deprivation, and bring glucose numbers back down into the non-diabetic range.  My experience has demonstrated that those choosing to follow my nutritional recommendation will have their diabetes controlled astonishingly quickly even before they have lost most of their excess weight.

My book, The End of Diabetes, outlines in detail my program for reversing (or preventing) type 2 diabetes with a Nutritarian eating style and exercise.  If you have diabetes you must read it, then share what you learn with your doctor, and get ready to enjoy excellent health.  This eating style is not just for type 2 diabetics – those with type 1 diabetes and gestational diabetes can make dramatic improvements in their health by following this program.

This simple and effective plan is based on delicious, healthful foods, starts working immediately, and  puts you on the path to a long, happy, disease-free life. Of course, the road to wellness involves making the commitment to regular exercise as well. In The End of Diabetes, I describe exercises you can do even if you are  beginning with a low level of fitness.

If you have diabetes,  you will give yourself a gift of health by reading The End of Diabetes. Also, consider purchasing a membership to DrFuhrman.com, where you can find support from both peers and my medical staff in the Nutritarian Network and Ask the Doctor Member Communities.  If you are on medication, it is important that you do not change your diet without medication adjustment under the guidance of a competent physician.

I wish you enduring health and a long life. It can be yours.