U.S. women's breast milk may be low in omega-3 DHA 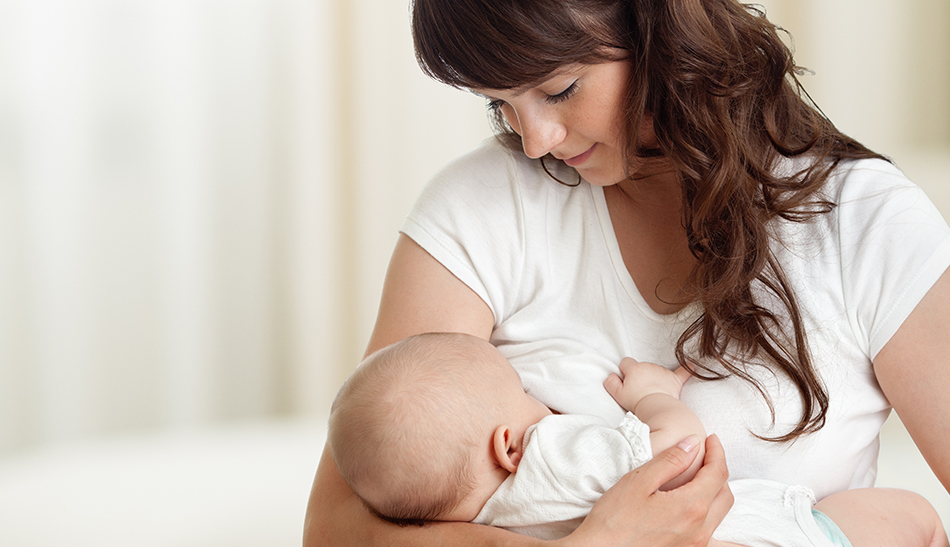 From the very beginning of life continuing all through our lifetime, omega-3 fatty acids (EPA and DHA) are vital to brain health. To make sure you have adequate amounts of these protective fats, a healthy diet and a clean algae-derived DHA supplement is often the best protection. There is significant evidence in the fossil record (history of life as documented by fossils) that an increase in DHA availability in the diet of early humans was responsible for the expansion of the brain into the large complex organ it has now become.1,2

Today, greater intake of long-chain omega-3 fatty acids (EPA and DHA) is associated with decreased risk of brain disorders (such as Alzheimer’s disease) and cardiovascular disease.3-5 At the start of life, in early brain development, DHA is a crucial factor because it is a major constituent of cell membranes in the brain, retina, and nervous system.

DHA requirements are the greatest in the developing brain during the last trimester of pregnancy and the first two years of life. During early life, a baby’s only natural source of this building block of brain and eye tissue is its mother’s milk.6,7 Several studies documented improved cognitive scores in breastfed infants compared to formula-fed infants, prompting supplementation of infant formula with DHA in the U.S.8 Since 2002, DHA has been supplemented into infant formulas in the United States.

However, the “normal” amount of DHA in American women’s breast milk may not be enough for the developing brain for optimal cognitive development. For example, a study compared the fatty acid content of breast milk in American women in Cincinnati to that of Tsimane women of Bolivia who eat a traditional diet of primarily locally grown plant foods, wild-caught animals, and freshwater fish. The results of the study showed that the DHA concentration of Tsimane mothers’ milk was 400 percent higher than that of Cincinnati mothers.9,10

Our modern eating habits have transformed the fatty acid distribution of our diet.12 One of the study’s authors, Steven Gaulin, a professor of anthropology at the University of California at Santa Barbara, noted "The American diet is eroding one of the most important benefits breast milk can provide — fats that are critical to infant brain development. It's not surprising that, among developed nations, American children are last on international tests of math and science."9

We don’t know for sure what the ideal DHA content of human milk is to support brain development in infants. But the huge differences between a traditional diet and a modern diet, and the high DHA concentrations in high fish-consuming countries indicate that the DHA intake of Americans may be sub-optimal for supporting brain health.

The American diet is low in DHA, and high in vegetable oils and trans fats, which limit the elongation of ALA from plant foods into DHA and EPA, and displaces omega-3 fats from cell membranes.1,13 Factory-farmed meats, oils and trans fats are not the appropriate fatty fuel to grow a baby’s brain.

Avoiding oils and eating plenty of hemp, chia, flax, walnuts, and leafy greens is likely still not enough, since the conversion rate of ALA (short-chain omega-3) in these foods to DHA (long-chain omega-3) is very low. Large increases in ALA intake have been shown to produce only very slight increases in long-chain omega-3 blood levels. Plus, much of the ALA we consume is burned for energy, not converted to DHA or EPA.14,15

From the evidence we have now, if you eat a modern diet and you don’t eat fish regularly, it is almost impossible to have adequate DHA stores, especially for pregnant and nursing women.

However, the problem is modern fish is a heavily polluted food that I do not recommend eating regularly. The DHA in fish may benefit the brain, but the fatty tissues of fish is highly contaminated with mercury, and other pollutants, which could be toxic to the brain and may also contribute to cardiovascular disease.16,17

In addition to the potential effects of mercury on human health, huge declines in wild fish populations have been reported since the 1950s, and populations continue to decline as the purported benefits of fish consumption on heart and brain health increase the demand for fish and fish oils.18 Fish is not an ideal source of DHA; fortunately DHA derived from lab-grown algae is available as a supplement.

One can't really be sure they have ideal levels of omega-3 anymore without supplementation. If you eat enough fish to idealize your omega-3 ratio, you get too much mercury, dioxin, and other pollutants. I think it is sensible and conservative to err on the side of caution and eat a diet that contains ALA from flax, chia, walnuts and leafy greens, not merely because of their ALA content, but also for their anti-inflammatory and anti-cancer effects.

Then adding a supplement of a clean algae-derived DHA is a wise insurance policy. Significant evidence suggests that a comparatively small amount of DHA and EPA can add health protection without the potential drawbacks of high dose fish oil capsules.19-21