Chemical sunscreens are even worse than we thought 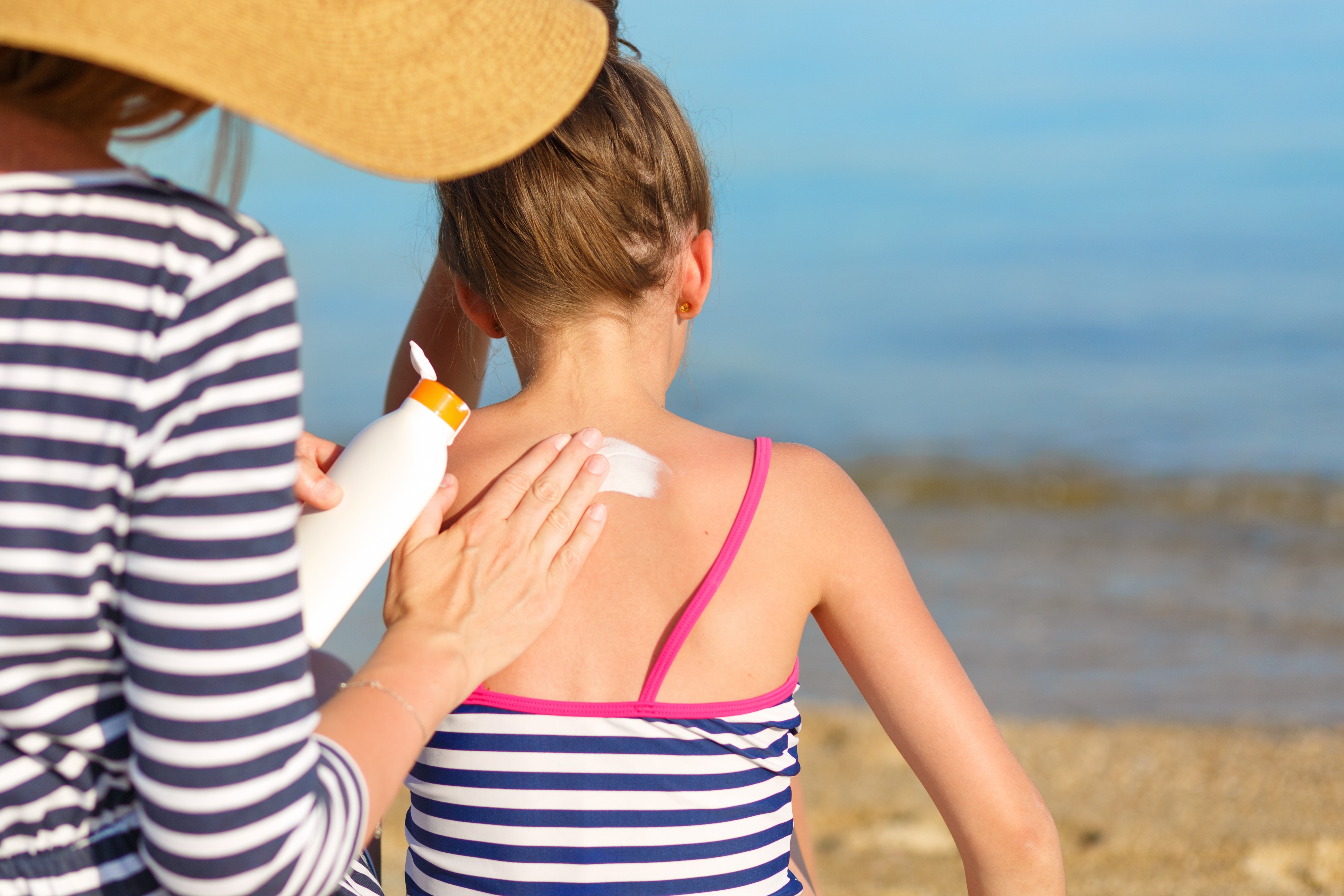 We’ve known for several years that certain chemical sunscreen ingredients (such as oxybenzone) are endocrine disruptors, and that these chemicals could be detected in human urine and breast milk, suggesting they enter the bloodstream through the skin. The Centers for Disease Control and Prevention previously found oxybenzone in the urine samples of 96 percent of the Americans tested.1

New research published last week in the Journal of the American Medical Association (JAMA) and conducted by the U.S. Food and Drug Administration confirms that chemical sunscreen ingredients are detected in the blood within hours of application, and that the concentrations of these ingredients in the blood exceed the level set by the FDA, which would require additional toxicology studies to determine their safety.2

The randomized controlled trial assigned 24 participants to apply one of four commercially available sunscreens in amounts consistent with current sunscreen labeling, four times daily for four days. The sunscreens had active ingredients oxybenzone, avobenzone, octyl methoxycinnamate (OMC), and/or ecamsule; there were two sprays, one lotion, and one cream. The active ingredients were measured in 30 blood samples taken from each participant over the course of seven days.

FDA recommends that sunscreen ingredients be subject to human trials to determine absorption, along with nonclinical toxicity and carcinogenicity studies. Some of these nonclinical studies may be waived if the human trials show plasma levels no greater than 0.5 ng/ml.

The threshold concentration of 0.5 ng/ml was exceeded by all four sunscreens by the end of day one.

In short, these sunscreens do not meet the FDA’s guidelines for safety. For people who apply sunscreens, or cosmetics containing sunscreen, daily, or those who reapply every two hours while outdoors, these amounts of absorption are a serious concern.

Oxybenzone and OMC are known to have endocrine-disrupting activity.3 Ecamsule is a relatively new ingredient currently marketed under a New Drug Application. We don’t know the potential effects of sunscreen ingredients in the body in such high concentrations, because this research has not been done. The potential for carcinogenic effects has not been evaluated; we don’t have enough information.

According to the FDA, only zinc oxide and titanium dioxide are deemed "generally recognized as safe and effective."

For other sunscreens, FDA stated there was insufficient data to determine whether these ingredients were safe.2,4

I recommend using only mineral sunscreens, specifically those with non-nano zinc oxide as the active ingredient. I recommend and make available a safe and effective sunscreen line that uses nonmicronized zinc oxide. Green Screen® organic broad spectrum sunscreen protects against both UVA and UVB rays without the use of nanoparticles or harmful chemicals, and is made from all natural and edible grade organic ingredients. This product uses non-nano zinc oxide, the Environmental Working Group’s preferred sun protection ingredient with the best evidence for safety and effectiveness.