Should we only buy organic produce? 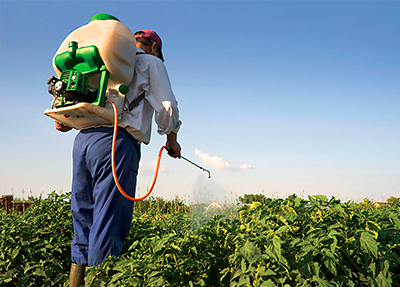 There is not a definite “yes” or “no” answer to this question.  It depends on multiple factors including the consumer’s stage of life and more. There may be important time periods at which people are more vulnerable to the potential harm of pesticide residues on our food: just prior to conception, during pregnancy, and during early childhood. There is evidence that organophosphate pesticide exposure during these time periods is associated with deficits in cognitive and behavioral development in children.1

Also, there are some clear environmental benefits to buying organic produce. However, it is unclear whether there are health risks to consumers from ingesting pesticides from conventional produce.  Nevertheless, there are some produce that more clearly should be, if possible, organic as noted by the , the Environmental Working Group (EWG). Each year  they release their “Dirty Dozen” and “Clean Fifteen” lists. Using pesticide residue data from the USDA, the EWG ranks the highest and lowest pesticide fruits and vegetables. They recommend buying the organic versions of the fruits and vegetables on the Dirty Dozen list to minimize exposure to synthetic pesticides.

What is organic agriculture?

This form of growing produce utilizes crop rotation, compost and manure as fertilizers, soil and water conservation practices, and natural methods for managing pests, such as plant-derived, biological, or mineral-based pesticides, and no synthetic pesticides.2, 3 Some of the goals of organic agriculture, according to the USDA’s organic program, are to promote ecological balance and conserve biodiversity.4

There is very little pesticide residue on vegetables and fruits, even those on the Dirty Dozen list. The Environmental Protection Agency sets limits for safe consumption of pesticides; they estimate an exposure level called the chronic reference dose, the amount of a chemical a person could be exposed to daily throughout life without any harmful effects.

A 2011 study estimated typical amounts of exposure to synthetic pesticides based on the USDA’s pesticide residue data for fruits and vegetables on the Dirty Dozen list. They found that most pesticides were present at amounts one thousand times smaller than the chronic reference dose.  Even the highest pesticide residue detected was only 2 percent  of the chronic reference dose.5 This puts the Dirty Dozen list in perspective: it means that even the highest pesticide conventional produce is very low in pesticides.

Is that small amount of synthetic pesticide any risk to consumers?

Some scientists  think that pesticide residues do not pose health risks, because humans and other animals are exposed to small amounts of naturally occurring toxins in every plant food we eat.  The body regularly breaks down self-produced metabolic wastes and naturally occurring carcinogens in foods, as well as pesticides, and excretes these harmful substances.6, 7

Greater concentrations of urinary metabolites* of synthetic pesticides have been found in frequent consumers of conventional produce compared to frequent consumers of organic produce, and several short-term dietary intervention studies have shown that switching conventional foods for organic foods reduces urinary pesticide metabolites.  However, evidence is lacking whether any significant health benefit is gained by consuming organic instead of conventional produce.8-12 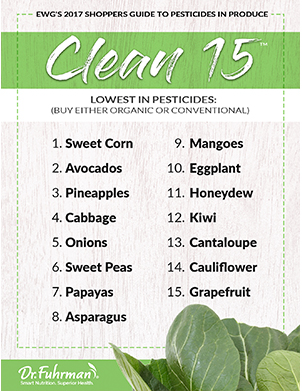 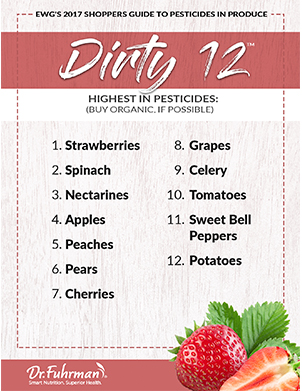 One benefit of supporting organic agriculture is the potential health benefit for individuals who work on farms and are exposed daily to high doses of synthetic pesticides. Studies of people who work with pesticides in farming suggest a link between pesticide exposure and brain cancer, Parkinson’s disease, multiple myeloma, leukemia, lymphoma, and cancers of the stomach and prostate.13-17 Occupational exposure of parents (around conception for fathers and during pregnancy for mothers) may increase the risk of childhood leukemia in their children.18

A study comparing several markers of DNA damage in blood samples of conventional and organic farmers found evidence of greater DNA damage in conventional farmers.19 Damage to DNA is one way pesticide exposure could increase the risk of cancers. This finding suggests supporting organic agriculture can help to reduce the harmful effects of synthetic pesticide exposure for those who work in agriculture.

There is growing evidence that exposure to a mixture of synthetic pesticides is harmful to the bees we depend on as pollinators for many crops such as apples, almonds, and citrus fruits.21, 22 Approximately 70 percent of the crops that provide 90 percent of human food are pollinated by bees.23 A shift toward organic agriculture could help to alleviate some of the stress on bee populations.

For example, one study compared quality of fruit and soil between organic and conventional strawberries grown in California.  The researchers tested samples from 13 pairs of adjacent organic and conventional commercial farms. The soil from the organic berry farms had better soil quality based on carbon and nitrogen content, amounts of soil microorganisms, and other indicators. Additionally, the organic berries survived longer without mold (longer shelf life), showed greater antioxidant activity, and had higher vitamin C content.26

Are there differences in nutrient content between organic and conventional produce?

A recent meta-analysis of over 300 publications compared nutrient content between organic and conventional crops. Overall antioxidant activity was on average 17 percent higher in organic crops, as was the content of several antioxidants such as phenolic acids, flavanols, stilbenes, carotenoids, vitamin C, and anthocyanins.3 There is likely a small increase in antioxidant content in organic fruits and vegetables compared to their conventional counterparts.

The “Dirty Dozen” are not our major dietary source of exposure to harmful chemicals. Exposure to persistent organic pollutants such as organochlorine pesticides and PCBs occurs primarily via fatty animal foods like fish, dairy products, and meat.27, 28  Also, glyphosate, an herbicide linked to non-Hodgkin lymphoma in agricultural workers, is present primarily in processed foods.17, 29

By centering your diet on unrefined plant foods, you will automatically reduce your exposure to potentially dangerous chemicals. The large volume of studies performed on typical, pesticide-treated produce has demonstrated that consumption of produce, whether organic or not, protects against chronic diseases. This suggests that the health benefits of eating phytochemical-rich produce greatly outweigh any risk pesticide residues might pose. For your health, consuming a diet of vegetables, beans, fruit, nuts, and seeds is the most important action you can take. If you are able to buy organic vegetables and fruits, that is preferable, especially for our children, the environment and for farmers.